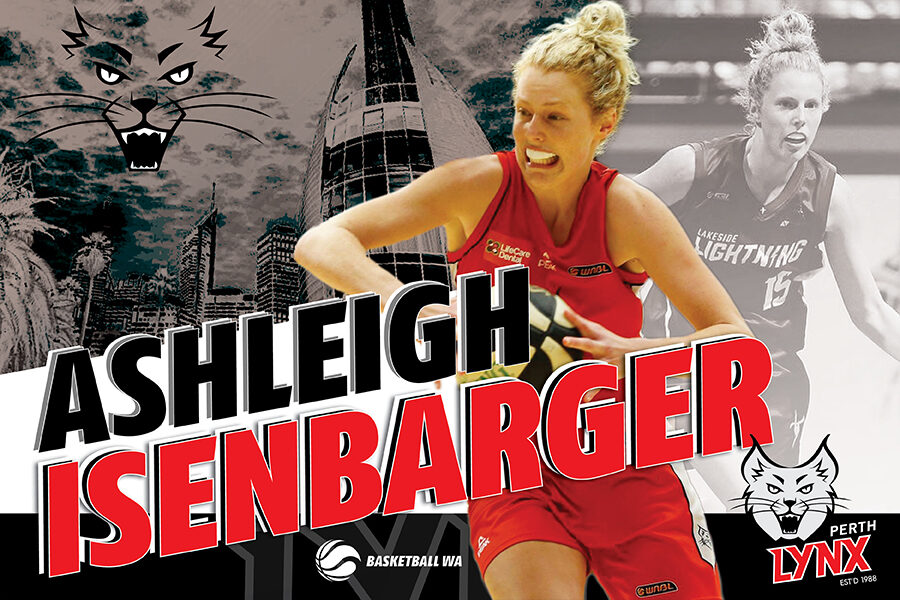 The Perth Lynx have completed their ten person roster with the valuable addition of Ashleigh Isenbarger, nee Grant.

Isenbarger was a standout player for Western Australia at junior level and was a part of the Ryan Petrik coached WA team that fell short in the Gold Medal U20’s game against a Victorian team that featured new Lynx teammate Alex Sharp.

Isenbarger previously spent four years in the WNBL with both the Lynx and the Deakin Melbourne Boomers, and this experience, combined with a strong West Coast Classic season representing Lakeside Lightning, meant that there was no hesitation for Head Coach Ryan Petrik in adding Isenbarger to his roster.

“Ash is a modern day four – she’s able to guard an opposition big because she’s so long and athletic, yet she can put the ball on the floor and shoot it like a tall guard. We will obviously benefit from the time Ash has spent in the WNBL, but more importantly for us Ash exemplifies the type of high character player that we can’t get enough of, on our roster.”

Isenbarger will be looking forward to taking advantage of the increased opportunities offered by a WNBL season without imports.

“I’m really grateful for the opportunity to play in the WNBL again, the fact it’s with my hometown team is even better. I’m excited to be back at a great Club alongside such a talented roster.”