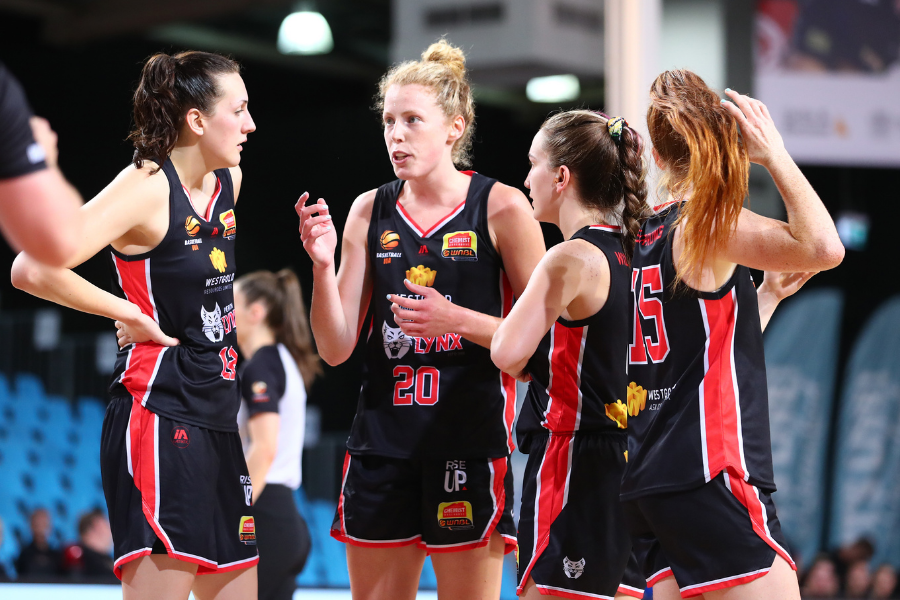 They may already be tipped to win a “three-peat” but UC Capitals aren’t getting ahead of themselves as they prepare for Thursday’s 2020 Chemist Warehouse WNBL clash with Perth Lynx in Cairns.

Winner of the last two championships, the Capitals again appear to be the team to beat in 2020 after a run of five straight victories.

The Capitals’ streak has been impressive, but it was their last victory on Monday that made many sit up and take notice.

Lining up against the team considered most likely to take their crown, the star-studded Jayco Southside Flyers, the Capitals took down the early title favourites by 23 points to consolidate top spot on the WNBL ladder.

It was enough to start early talk of a Capitals “three-peat.”

But Capitals coach Paul Goriss said his side wouldn’t be taking anything for granted as they line up for what he considered a danger game.

The Lynx were second last with a 1-5 record ahead of Wednesday’s clash with the Flyers in Cairns.

But Goriss said a Lynx outfit boasting the firepower of Opals squad members Katie-Rae Ebzery and Darcee Garbin plus veteran Kayla Steindl and Alex Sharp, fresh from a US College stint could not be underestimated.

“With the short season and short turnarounds any game can be a danger game, and Perth are still a dangerous team,” Goriss said.

“We need to respect every team in the league.

“It’s still very early in the season, lots of things can happen – you don’t want to get too far ahead of yourself.”

But Goriss did admit the win over a Flyers outfit boasting an all-Opals starting five including superstar Liz Cambage had provided a shot in the arm.

“Definitely it was huge, knowing the talent and the depth they have on that roster,” he said.

“There was a confidence boost from what was an emphatic win but we still have areas we can improve and get better at.”

The Capitals have hit the ground running this season thanks to Opals squad member Kelsey Griffin, veteran centre Marianna Tolo and Maddison Rocci but have found another gear thanks to rookie sensation Jade Melbourne.

The 18-year-old who only recently finished her year 12 exams continued her stellar WNBL debut season with a 14-point haul against the Flyers.

“She has been a standout for us in the first few rounds, probably the surprise packet of the league so far,” Goriss said.

“She will get more attention as the season goes on. But I still think she is improving every game and continuing to get better.

“I don’t think she is afraid of anyone right now, she just gets in there and plays her game.”

Meanwhile, Perth’s own impressive rookie Sharp believed the Capitals clash would be a good yardstick to measure the Lynx’s progress this season.

“They are a very experienced team but we have been building each game on what we want to do as a group so to come up against the Caps will be a great challenge and a chance to see what we can do,” she said.