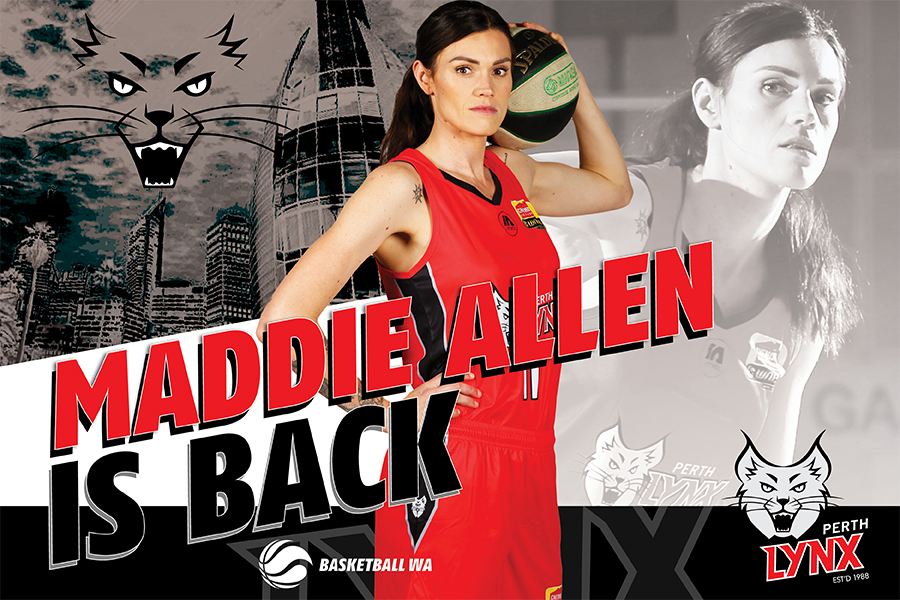 2019/20 Perth Lynx Defensive Player of the Year Maddie Allen has re-signed with the Perth Lynx for the upcoming WNBL season.

Renowned for her defensive play, Allen will no doubt be a key part of Lynx Head Coach Ryan Petrik’s inaugural Lynx roster.

Petrik was effusive in his praise of Allen. “Maddie isn’t just a great defender, she’s an elite defender. She’s excellent as both an on-ball defender and as a help defender, plus she can switch onto smalls in pick and rolls. Defensively, she’s the complete package.”

After first moving to Perth in 2018 to link up with Petrik at the Rockingham Flames in the WSBL, Allen’s dominant form made it impossible for the Lynx to overlook her and she has been an integral part of Lynx rosters ever since.

Coming off a 2019 WSBL Grand Final MVP performance Allen was elated to hear that Petrik would be taking the reins as the Lynx Head Coach for the upcoming season. For Allen it made the decision even easier to stay with the Lynx.

“Ryan was the first coach to really understand my game, to be able to have that understanding at a WNBL level is something I’m really looking forward to.”