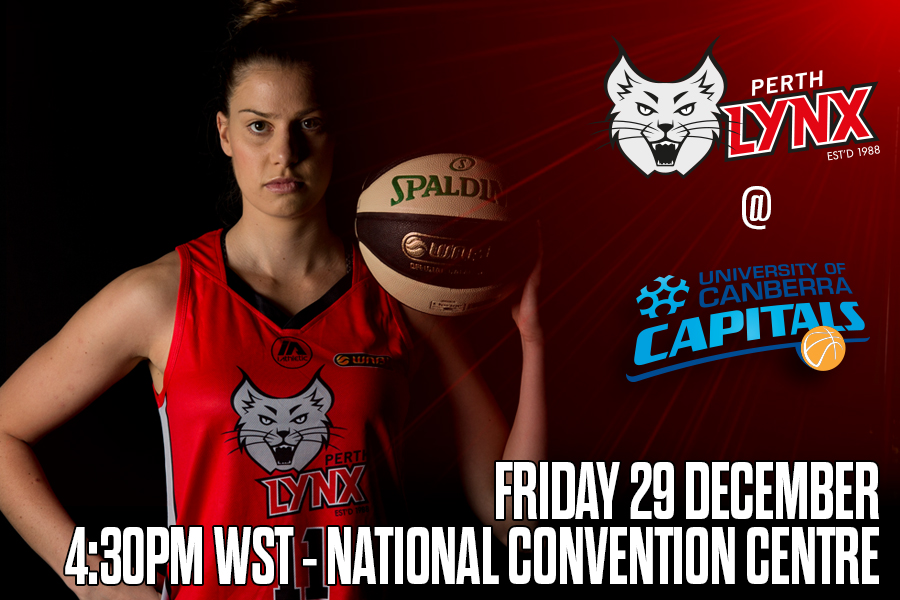 The Perth Lynx enter the final weekend of the 2017 WNBL regular season, as they head to Canberra to take on the UC Capitals this afternoon.

Having secured first place with their fourteenth consecutive victory last week, the Lynx will still be looking to deliver on the road, as they build momentum ahead of the WNBL Finals.

Alice Kunek will take the floor for her 200th WNBL game, currently enjoying a phenomenal season and averaging 14.4 points and 4.4 rebounds per game, while knocking down a career best 2.2 three-pointers per appearance.

Meanwhile, a newly resurgent Capitals side, winners of four of their last five, hope to farewell the season with a victory in their final game of the campaign.

Courtney Williams (25 points, 10 rebounds) and Sami Whitcomb (22 points, three steals) led the way the last time these sides met, and will be looking to continue their hot scoring form ahead of the postseason.

For University of Canberra, it will be Mistie Bass, Jordan Hooper and Abigail Wehrung spearheading the offense, with the trio combining for over 31 points per game and each capable of filling it up on any given night.

Leading the league with 84.9 points per game, the up tempo Lynx will look to run against a Caps defence that allows the second most points in the league.

With the WNBL Finals on the horizon, the Perth Lynx enter an important final weekend of the regular season, and aim to start on the right foot this afternoon, as they take on the UC Capitals at 4:30pm WST.