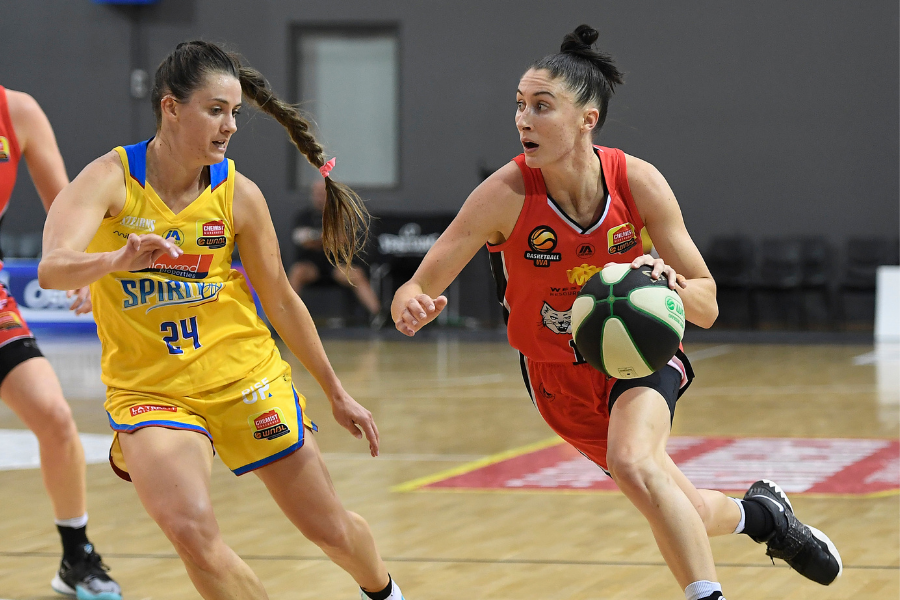 A sparkling effort from Darcee Garbin and strong support from milestone woman Katie Ebzery powered Perth Lynx to a 95-79 win over Villawood Properties Bendigo Spirit in their Chemist Warehouse WNBL clash in Townsville on Tuesday.

Perth (2-7) snapped a four-match losing skid as they registered their second win over Bendigo (0-9).

Bendigo were up by nine early before Garbin and Ebzery took over the game in the second quarter.

Making her 300th WNBL appearance, Ebzery scored five straight points early in the term, as Perth quickly rubbed out a six-point quarter-time deficit and then Garbin put her stamp on the game.

She scored her side’s next nine points, racking up 14 for the quarter, supplementing her success inside.

Down ten at the half, Bendigo couldn’t get the deficit below nine for the rest of the game.

Perth were up by as much as 18 in the last, but plucky Bendigo made some mini runs to ensure they avoided being blow out.

Garbin finished with 28 points and Ebzery 21.

Alex Sharp was another significant contributor to Perth’s victory pulling down 17 rebounds and tallying 12 points.

Kayla Steindl scored 13 and Alex Ciabattoni 11 in a good spread of Lynx scorers.

“It was nice to get that win and you could see we’ve learnt a lot from some of our close games over the last week or so,” Ebzery said

“We’re learning defensively how to really lock down on different teams and what we need to do to get wins.”

The game’s other milestone player, Bendigo’s Tessa Lavey, marked her 200th WNBL appearance with a typically energetic and wholehearted performance.

Playing the entire 40 minutes, Lavey top scored for her side with 21 and added seven boards, five assists and three steals and made just one turnover.

“She’s a legend, off the court she is absolutely amazing as well as on the court, she backs you for whatever you want to do,” said Spirit forward Demi Skinner.

It was Skinner who ignited Bendigo’s first quarter surge.

She nailed three early long bombs and scored 11 of her 17 points in the opening term.

Carley Ernst added 16 for Bendigo, whose next game is against Deakin Melbourne Boomers in Cairns on Saturday.

Skinner took some positives out of the loss.

“As a team we’re getting better each game,” Skinner said.

Perth’s next assignment is versus JCU Townsville Fire on that team’s home court on Friday.