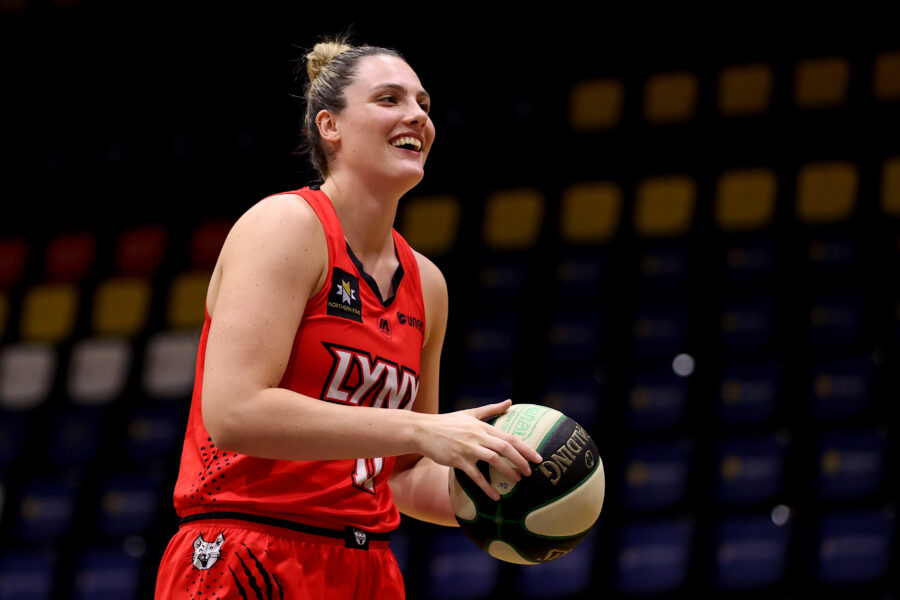 The Perth Lynx started with the first 12 points and finished with 10 of the last 12 to begin the Round 15 road trip to close the WNBL season with a hard fought 84-72 victory against the Sydney Uni Flames.

Last time the two teams met was Perth’s first home game in two years at Bendat Basketball Centre back on March 5. It turned out not the happy homecoming the Lynx were hoping for with the Flames spoiling the party with the upset 66-63 win.

So as the Lynx began their string of three road matches this week to close the WNBL regular season, there was revenge on the mind for that loss and also motivation to make up for the last home loss to the UC Capitals on Saturday.

To say the Lynx signalled their intentions early wouldn’t quite sum it up as they raced to a 12-0 lead by holding the Flames scoreless for almost the opening four minutes the game.

The lead would grow to as much as 24 points in the second quarter as well, but the Flames fired back in the third quarter to be within 10 heading into the fourth, and then got within five early in the last term.

Perth had to respond and they did so in style with a trademark Marina Mabrey three ball proving the dagger blow of a run of eight straight points that secured the eventual 12-point win.

Sami Whitcomb was terrific all evening for the Lynx finishing with 23 points, six rebounds, five assists and three steals while knocking down 5/10 from three-point territory.

With revenge on their minds for the home loss to Flames and also determined to bounce back from Saturday’s loss to Canberra, the Lynx came out on fire in Sydney on Wednesday night.

They scored the game’s first 12 points holding the Flames scoreless for almost four minutes with the inside presence of Darcee Garbin and Lauren Scherf setting the tone before Sami Whitcomb knocked down a three ball.

Eventually Sydney did score with a triple from Keely Froling and the home team did score nine of the next 11 points, but the Lynx again powered away to close the opening term with the final nine points to lead 25-11 by quarter-time.

Perth then hit the opening four points of the second quarter through Ash Isenbarger and Tayah Burrows to stretch the lead out to 18 points.

Three-point bombs from Garbin and Whitcomb shortly after made it a 24-point ball game in the favour of the Lynx, and still by half-time they were in control leading the Flames 49-30.

While the Lynx dominated the opening half, they didn’t have things their own way and there were some nervous moments especially when Scherf collected her fourth foul, and Jackie Young and Garbin each had three.

The Flames began to gain their confidence from beyond the arc with Kiera Rowe, Morgan Yaeger and all connecting from deep, with Yaeger nailing two before leaving the floor with a knee injury.

Froling also converted two three-point plays in the quarter but Perth still did enough to hold a 10-point lead at three quarter-time including a crucial late three from Isenbarger.

Even though Perth got the first four points of the fourth quarter through Marina Mabrey and Whitcomb, the Flames weren’t done with yet.

Sydney went on a run of 10 straight points including three-pointers to Shyla Heal and Katie Deeble, and all of a sudden the home team had all the momentum and were only five points down.

Perth steadied, though, as good teams do and put the game away with the next eight points starting with Burrows. Whitcomb then scored and despite not having her best shooting night, Mabrey showed her clutch nature by hitting the biggest three of the game.

That made it an 11-point ball game again and the Lynx went on to record the hard fought 12-point road win.

The Lynx now head to Far North Queensland for two games against the Townsville Fire to close their WNBL regular season on Friday and Sunday.