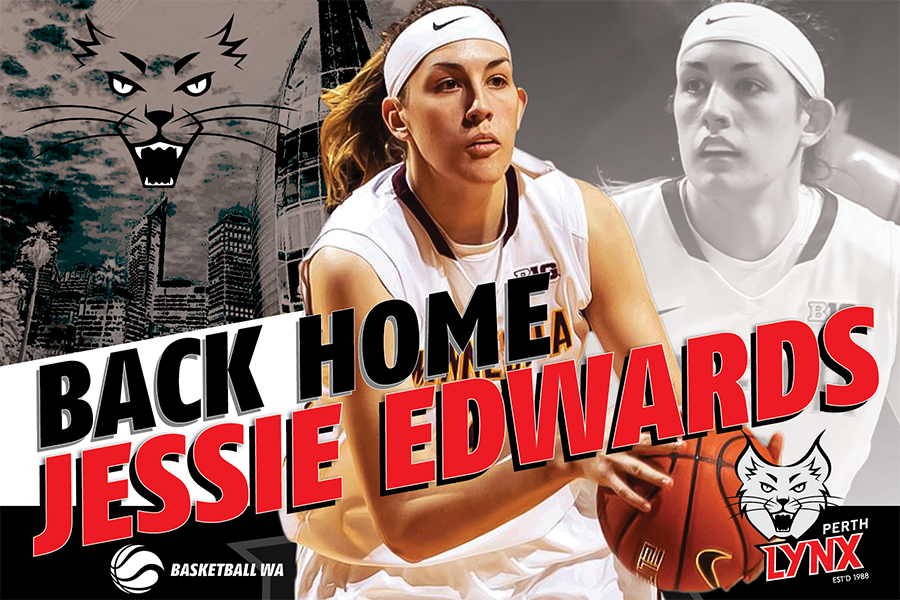 After being a standout junior in Western Australia, including being named the West Coast Waves Rookie of the Year in 2013/14, Edwards moved to the University of Minnesota. She led the Gophers in blocks in each of her three seasons and finished her College career ranked sixth all-time at Minnesota in blocks and ninth for offensive rebounds.

Lynx Head Coach Ryan Petrik was glad to be able to welcome Edwards back to WA, especially after seeing her perform strongly for the Adelaide Lightning in pre-season games against the Lynx last season.

“Jessie was someone we were really keen to get back home after she had an opportunity interstate last season. She’s a very good rebounder and being a bit bigger and more mobile than people expect, she’s someone who will really compliment Garbin and Allen.”

“To earn a roster spot in Perth was always a long-term goal, but now it’s about making sure I seize the opportunity with both hands. I’ve played against a lot of the girls on the roster so it’s exciting to be able to play with them now, especially in front of my family and friends.”

Edwards will play for the Kalamunda Eastern Suns in the West Coast Classic, joining a number of players on the Lynx roster who will be competing in the event. West Coast Classic fixtures are available here: https://bit.ly/2WkG6nf