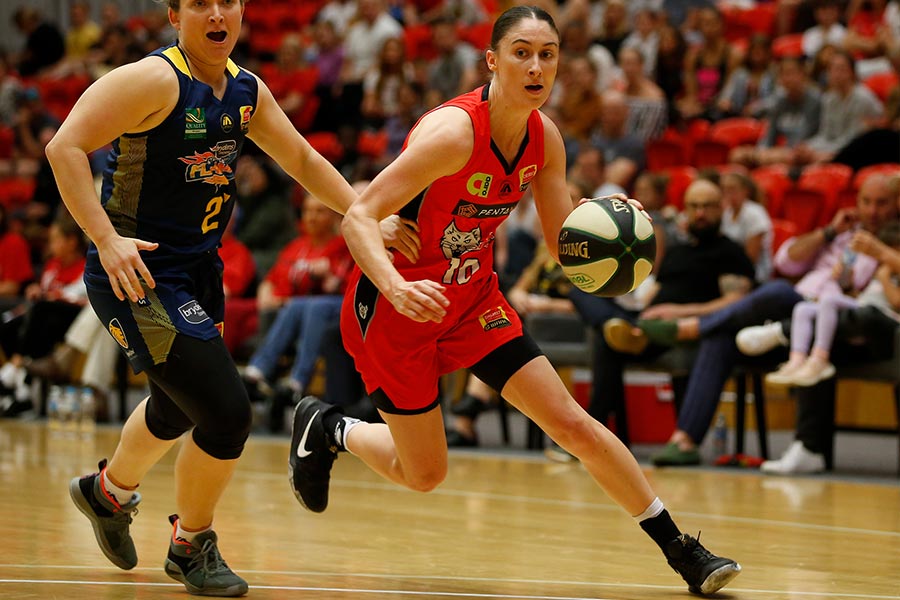 Katie Ebzery has been named in the Australian Opals squad of 19 for their Pre-Olympic Qualifying Tournament.

Former Lynx star Sami Whitcomb is also in the squad.

The Tournament will take place in Kuala Lumpur, Malaysia  from 10-19 November and represents the new qualification system.

Head Coach Sandie Brondello said that the tournament is an exciting opportunity to see the level of competition the team can expect at the Olympics next July, and the 19-strong squad gives plenty of opportunity for varying combinations to select from.

“As we enter the next Qualifier for the Asian Zone, we have named a squad of 19 athletes from which the final 12 will be selected from. It is great to include Liz (Cambage), Marianna (Tolo) and Kelsey (Griffin) back in the mix after they missed the Asia Cup due to injuries and WNBA.

The recent Asia Cup showed us areas that we need to be better at and these upcoming games with our best team possible, will give us valuable training and games experiences so that we can continue to improve our team chemistry and execution.”

The final 12 selection will be announced in late October.