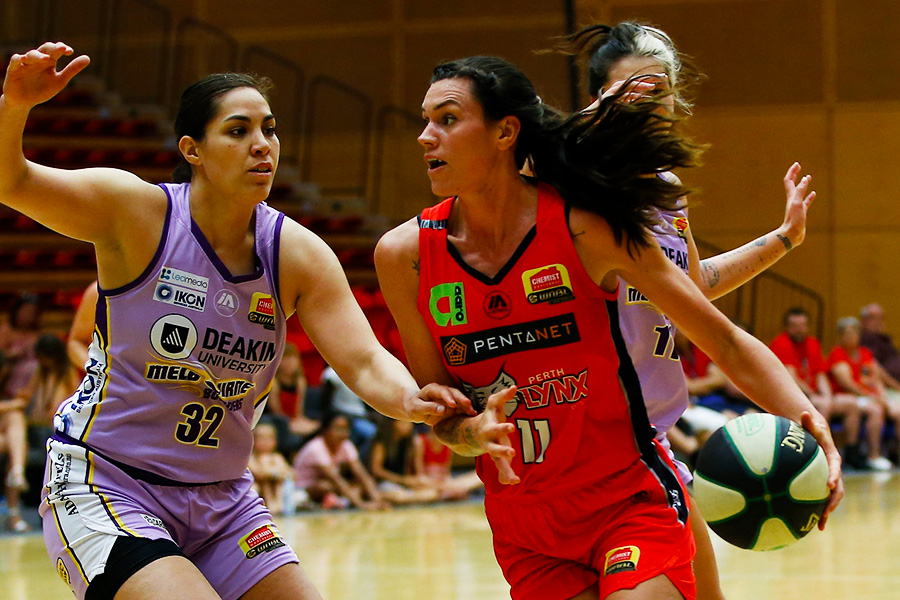 Lynx Beat The Boomers In A Thriller

The Perth Lynx defeated the Melbourne Boomers 68-66 in a nail-biting finish at home.

The Lynx started slow and the Boomers took an early 0-7 lead. Perth’s Ariel Atkins lit the spark for the home team, scoring an unanswered five points to reduce the margin. Lynx rode the momentum wave all the way to a four-point lead to close out the first period.

Melbourne stepped it up a notch in the second and turned the game around in their favour, scoring 22 points for the quarter to Perth’s 11. Despite the 36-43 margin at the main break, Alison Schwagmeyer-Belger had an impressive half for the Lynx, managing 11 points and five rebounds.

A big three-pointer from Lynx co-captain Katie Ebzery kick-started the third for Perth. A tough-fought quarter saw the Lynx regain a two-point lead going into the final period.

Lauren Mansfield dropped back-to-back triples to start the fourth and give the Lynx an eight-point lead. A tough-fought final five minutes saw the Lynx up by two points with five seconds on the clock. A big defensive rebound from Imani McGee-Stafford in the dying seconds sealed the deal for the Lynx and gave them their fourth win of the season.

Alison Schwagmeyer-Belger was impressive across the board for Perth, finishing with 16 points, six rebounds and four assists.

Cayla George was the Boomers’ best, managing 14 points and 10 rebounds.

The Perth Lynx next play Townsville Fire in Queensland on 21 December.