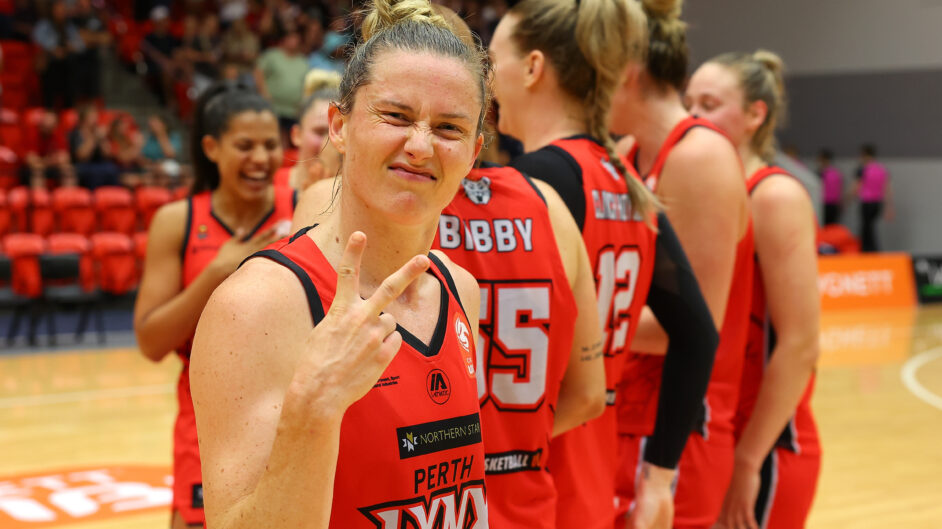 The Perth Lynx likely produced their best performance of the WNBL season to end their three-game home stand by winning them all on the back of beating the Southside Flyers 94-86 on Friday night.

The Lynx came into the game at Bendat Basketball Centre having won three straight including the last two at home, but what had eluded them so far this season was a win against a team in the top four.

That changed by the time Friday night’s game was over.

How the Lynx got it done

The Flyers arrived in Perth on fire having won five straight games and in second position in the standings, but the Lynx took it right up to them to lead by nine on the back of 31 points in the first quarter.

However, the Flyers took a narrow lead into half-time before the Lynx stayed close enough to strike, and with Sami Whitcomb and Amy Atwell leading the charge, they produced 24 points to 13 in the fourth quarter for the eight-point win to improve to 6-5 on the season.

Who the standout performers were

Plenty of players came up big for the Lynx in the win but none more so than captain Sami Whitcomb. She delivered 33 points, four assists, three rebounds and two steals on 12/20 shooting from the floor, 4/9 from beyond the arc and 5/6 at the line.

Amy Atwell set a new WNBL career-high too with 25 points, five rebounds and two steals while connecting on 5/7 form downtown.

It was a tremendous start for the Lynx as they hunted the third successive win at home, and four overall with Robbi Ryan opening the scoring and then Lauren Scherf knocking down a three ball.

Soon after the Lynx went on an 8-0 run too starting with Ryan’s three-point play and then a three-point bomb from Amy Atwell. That saw Perth lead 15-4 against a team in the Flyers who had been in sparkling recent form.

After Southside answered with four points, another 6-0 run for the Lynx courtesy of Sami Whitcomb and Alex Sharp pushed the advantage out to 21-8. Whitcomb would end up with 10 opening quarter points and by quarter-time, the home team were in control leading 31-22.

The Lynx were able to push the lead out to 11 points a couple of times to start the second quarter thanks to both Atwell and the returning Chloe Bibby, but the Flyers have too much talent and experience not to fight their way back into the contest.

By the time Nyadiew Pouch hit a three-pointer, the Flyers grabbed the lead and maintained a narrow lead at 55-53 heading into the half-time after what had been a high quality opening half show from both teams.

Whitcomb and Sharp combined for the first five points of the second half to give the Lynx the lead once more, but the seesaw ride continued and by three quarter-time it was the Flyers clinging to a 73-70 advantage.

The fourth quarter began with a three ball from Whitcomb as she set herself up for a big finish. She would knock down another from downtown soon after that was the kick-starter to an 8-0 run that ended with a triple also from Atwell.

After that, the Lynx were leading by five before Atwell was the one who put the game to bed on her home floor. She went on an individual 7-0 to give Perth the six-point lead once more and from there the Lynx ended up scoring the crucial eight-point victory.

After having these last three games at home, the Lynx now hit the road for the next three starting next Saturday against the Sydney Flames.