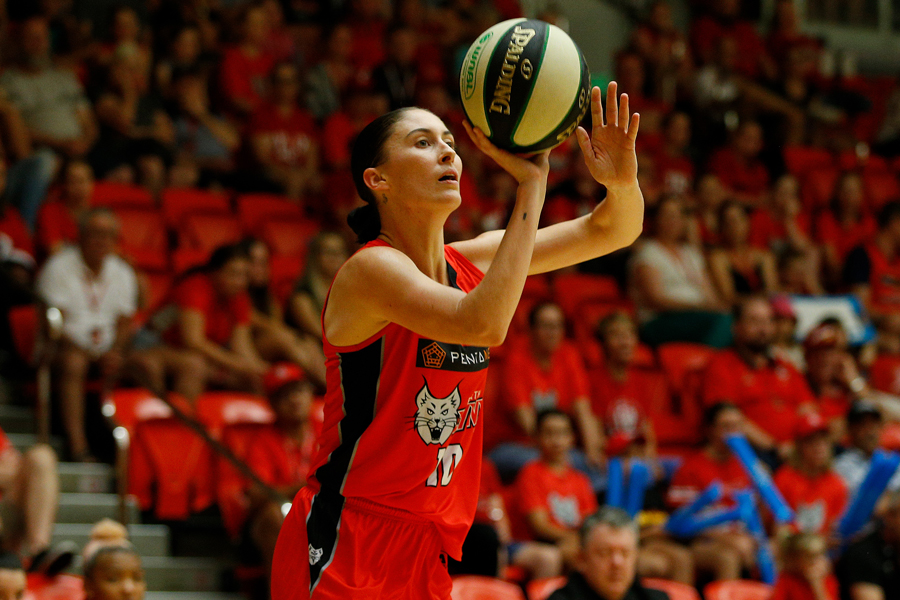 Lynx Fall To Adelaide On The Road

The Perth Lynx have dropped the first game of their double-header on the road to Adelaide Lightning.

After a rocky start to the first quarter, the Lynx managed to work their way back to within three points at quarter time.

Lightning let loose in the second to push the margin out to eight points, a margin the Lynx weren’t able to close for the remainder of the game.

Imani McGee-Stafford secured a double-double in her first game from injury, finishing with 14 points and 11 rebounds.

Ariel Atkins stepped up in the second half and managed 15 points and 4 rebounds.

Katie Ebzery was the highest scorer for the Lynx with 18.

Brianna Turner was outstanding for Adelaide’s, finishing with 24 points and 13 rebounds.

The Lynx next play Melbourne Boomers on Sunday in Melbourne, tip-off at 2pm WST. The game will be live on Fox Sports.