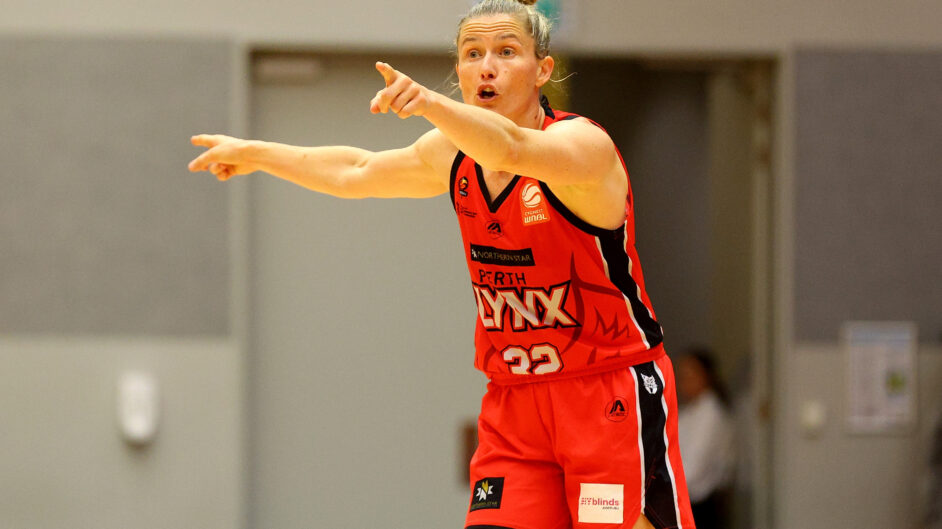 LYNX GO DOWN AT HOME TO GEORGE’S BOOMERS

The Perth Lynx battled valiantly but the defending champion Melbourne Boomers led by Cayla George proved too much at Bendat Basketball Centre on Friday night, winning 88-73.

It was the second rematch from last season’s grand final already of WNBL23 at Bendat Basketball Centre, and in the end the Boomers backed up that season-opening 16-point win with another 15-point triumph against the Lynx.

While the Lynx finished the first quarter on fire to take a lead into quarter-time, the Boomers took over in the second and while Perth continued to try and mount a fightback, Melbourne had all the answers when it mattered to go on to win by 15.

Melbourne finished the night shooting 48 per cent from the floor compared to 32 for the Lynx. Both teams made eight three-pointers but the Boomers did so on 19 attempts and the Lynx 38.

The Boomers also pulled down 51 rebounds to 46 but Perth did well on the offensive glass with 17 boards at that end and turned them into 14 second chance points. The Lynx also did well forcing the Boomers into 16 turnovers and scoring 11 points off those.

Meanwhile, Cayla George was outstanding for the Boomers with 23 points and 13 rebounds on 9/16 shooting from the floor and 3/6 from deep.

How it panned out

The Boomers had confidence from their season-opening win at Bendat Basketball Centre and started on fire on Friday night with the first six points of the contest, with Cayla George hitting four of them.

Perth did steady with a triple from captain Sami Whitcomb before Lauren Scherf scored as well. The Boomers were able to pull away again, though, on the back of a pair of triples to the evergreen Mia Murray.

Chloe Bibby did respond with the next five points for the Lynx including her own make from downtown before Tiffany Mitchell stretched Melbourne’s lead back out to seven heading into quarter-time.

However, the Lynx then closed out the opening period tremendously with the last eight straight points with Scherf and Whitcomb hitting four of them each which saw the home team take a 22-21 edge into the first break.

After finishing the first quarter with such momentum, it was tough going to open the second for the Lynx and with George feeling good for the Boomers, she scored seven more points quickly as part of an 11-3 run for the visitors.

Only a triple from Scherf broke it up for the Lynx, but after weathering that storm, the home team got the next six points through Alex Sharp, Bibby and Whitcomb to close the gap to one.

However, Melbourne kept having the answers to pull away once more with George hitting another three-pointer as part of a 13-0 run.

At least the Lynx scored the last five points of the half thanks to Amy Atwell and Scherf to cut that Melbourne lead to nine at the major break.

Perth were doing their best to stay in touch to start the second half including three-pointers to Atwell and Whitcomb, and then another to Bibby saw the margin still nine, but the Boomers just continued to have all the answers.

By three quarter-time, the reigning champions had pushed their lead back out to 12. Scherf scored first to open the fourth for the Lynx, but the Boomers continued to pull away.

At one stage the Melbourne lead did balloon out to as much as 22 points before the Lynx hit the game’s first seven points with a triple from Mackenzie Clinch Hoycard and then buckets to Tayah Burrows and Jessie Edwards.

The Lynx remain at home to play Lauren Jackson and the Southside Flyers next Thursday night at Bendat Basketball Centre.