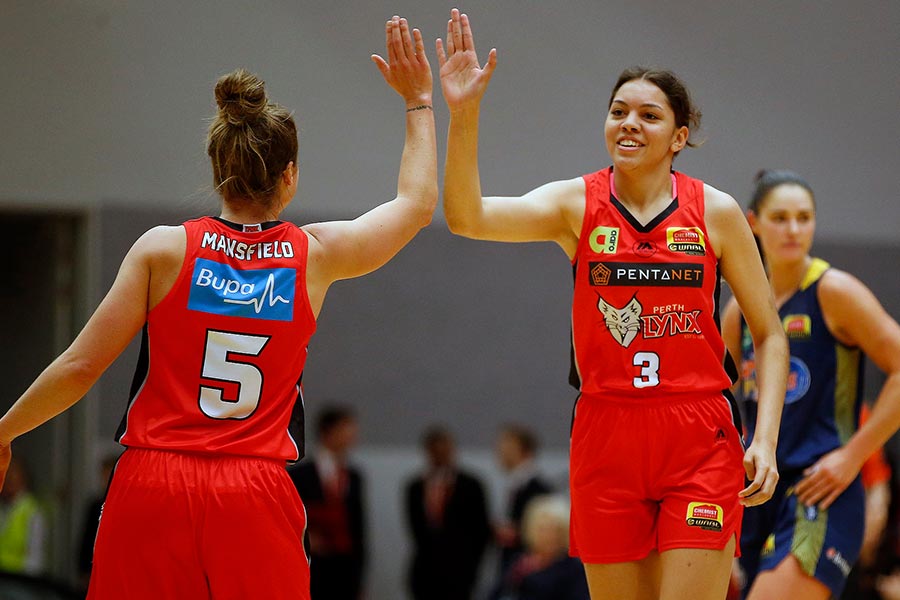 The Perth Lynx have opened their season with an impressive win, defeating the Sydney Uni Flames 79-62 at the Bendat Basketball Centre.

The home side set the standard in the opening quarter, piling on 32 points by the first break, building an unassailable lead in the process.

Alison Schwagmeyer-Belger was outstanding for the Lynx, coming away with a game-high 21 points and 10 rebounds.

Import Imani McGee-Stafford finished with 12 points and eight rebounds in her Lynx debut, while Nadeen Payne (13 points) was also impressive in her first outing with her new side.

Perth dominated the glass, coming away with 49 rebounds.

Coach Andy Stewart was pleased to get off on the right foot.

“I thought our effort level at stages was pretty good. We didn’t sustain stuff for very long, but there was some encouraging signs,” he said.

“It was the first game, you never know what you’re going to get on your first game… But if you can get a win out of it, well that’s a bonus.”

Stewart was also pleased with what he saw from young gun Nes’eya Williams, who tallied 10 points at 80 per cent, plus four boards.

“She’s a born and bred West Aussie kid, and it was great to see her come out and not feel phased out on the court.”

Former Lynx forward Alice Kunek had a team-high 15 points for the Flames.

The Perth Lynx are back in action on Thursday when they face the Southside Flyers in Melbourne.