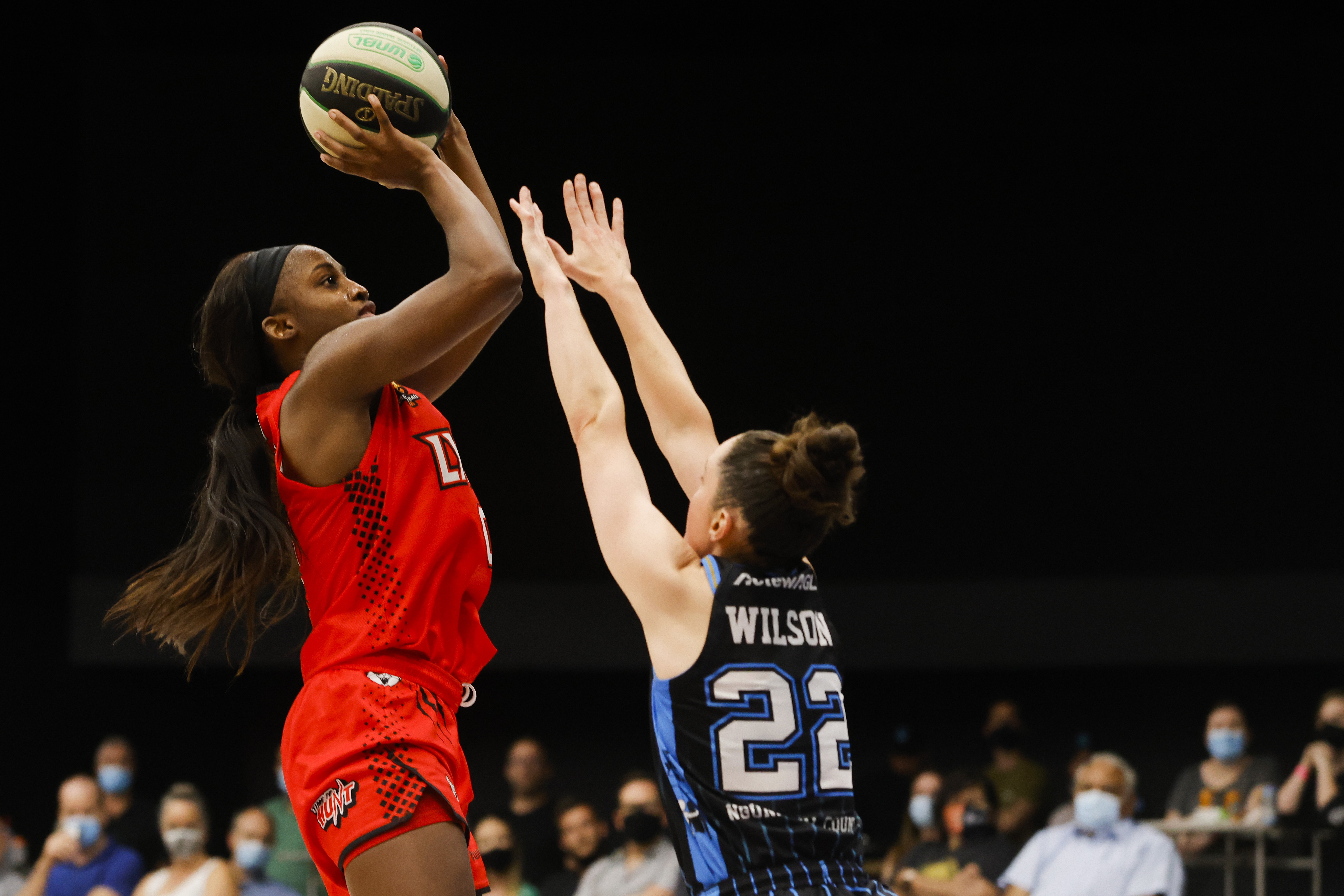 LYNX ON THE PROWL WITH BIG WIN IN THE CAPITAL

The Perth Lynx might have been late starters to the 2021/22 WNBL season, but they have wasted no time building momentum and sent a real statement on Friday by beating the University of Canberra Capitals 88-69.

The Lynx might have had to watch on as the first month of the WNBL season took place without them, but they showed plenty of good signs in a heartbreaking loss at the buzzer to the Adelaide Lightning before a breakthrough overtime win against the reigning champion Southside Flyers.

Then on Friday night at the National Convention Centre against last season’s semi finalists, the Lynx delivered the kind of statement performance that the rest of the league will have no choice but to take notice about.

The Lynx dominated the contest from start to finish with Marina Mabrey putting up 18 points in the first half alone as their lead grew to as much as 28 at one stage before settling at 19 by the final buzzer.

The exciting signs for the Lynx were virtually endless with this team looking to not only be star-studded, but well balanced and with plenty of weapons that will take some stopping this WNBL season.

Marina Mabrey has made a stunning start to her WNBL career with the Lynx and that continued on Friday night with another 27 points, six rebounds and four assists even without hitting a three ball.

Captain Darcee Garbin continued her strong form to open the new season with 15 points and seven rebounds while still shooting impressively by going 3/6 from three-point territory.

Fresh off scoring the last six points on Wednesday to beat the Southside Flyers, the Lynx kept that momentum going to hit the opening four points on Friday in Canberra. When captain Darcee Garbin also scored, they led 6-2 and then 10-4 when Marina Mabrey also hit a jumper.

The hot start for Perth continued when they scored 12 consecutive points later in the opening quarter with Mabrey adding six of those on her way to 10 for the term.

That had the Lynx up 24-8 and when Alex Sharp closed the quarter with a triple of her own, they took a 31-13 advantage into the quarter-time break.

Garbin drained a triple to start the second quarter to stretch the lead out to 21 which soon became 23 thanks to Lauren Scherf. Soon after it was out to 25 with a three-point play courtesy of point guard Jackie Young.

The Lynx still led 45-27 at half-time on the back of 18 points from Mabrey. They didn’t take their foot off the accelerator to open the second half either with five quick points to Young pushing their advantage back out to 23.

The Capitals showed some brief signs of life with back-to-back threes to Brittany Smart, but she would soon be ejected after her second tech foul and when the Lynx hit 10 straight points, they put the game out of reach of the home team.

Scherf and Sharp both hit threes as part of that run before Garbin hit two from downtown to close the third quarter with the Lynx leading 71-47.

Any thoughts of a Capitals fightback was quickly extinguished at the start of the fourth quarter too with a seven-point run for the Lynx including a triple from Scherf and two buckets to Mabrey as the lead grew to 28.

The result was beyond doubt the rest of the way but the Lynx had extra to cheer about when point guard Emma Gandini hit the floor to make her WNBL debut. The Willetton Tigers stalwart who is fresh off an NBL1 West championship capped off her debut and the 19-point win with a three ball.

The Lynx now return to their home away from home in Ballarat where they will take on the Melbourne Boomers on Monday evening.