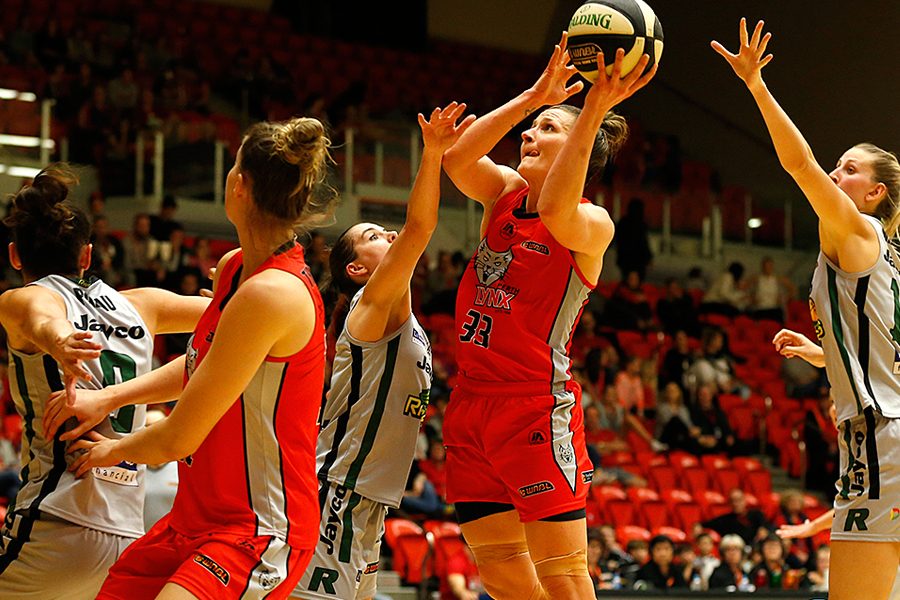 The Perth Lynx have claimed their second consecutive home victory, outmuscling the Dandenong Rangers on their way to an 88-78 win.

Having been cleared to play just hours beforehand, Alison Schwagmeyer took to the court with the starters and set the tone early for a desperate and energized Lynx performance.

The home side pulled down 12 offensive rebounds while forcing the Rangers into 15 turnovers, as Schwagmeyer’s hustle proved infectious to a Lynx squad hungry for the win.

“We fought like crazy,” said head coach Andy Stewart after the game.

“We knew that (Schwagmeyer) was going to give us everything we want to set the standard for the game, she’s going to pick up Tessa Lavey from the minute she steps on the court and pressure her the whole way up.”

“That standard that Swags came in and set, the tempo was ours, we knew their legs would start to fatigue.”

The Lynx played much of the game on their own terms, thanks in part to the infectious efforts of Schwagmeyer.

“I really want to bring that energy. When I play, I want to be able to inspire people.”

“To inspire people doesn’t mean that you have to score a bunch, or rebound a bunch, but it’s bringing that energy and setting the standard.”

“Your shot might be off, things might not be going your way, but the one thing you can make go your way is your effort.”

After stringing together back-to-back home victories, and with two more home games approaching, the Lynx enter an important stretch of their season with momentum behind them.