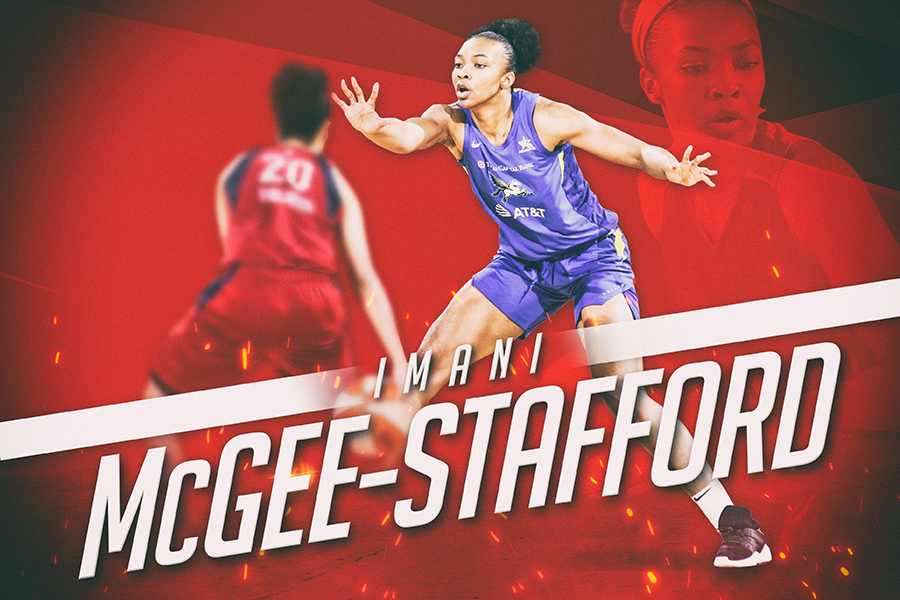 McGee-Stafford stands at 201cm and is currently in her fourth WNBA season after being selected with the 10th overall pick of the 2016 WNBA Draft by the Chicago Sky.

She was named on the WNBA All-Rookie Team following an impressive 2016 campaign.

The American is thrilled to be heading down under.

“I’ve wanted to go to Australia for a really long time, so this is really cool. I know Perth has a great program and I just want to get better and hopefully win a championship,” said McGee-Stafford.

“I’m a defensive player firstly. I love defence. I love to block shots, I love to rebound and I have range to the three. I’m a very intense player, I’m always talking and always yelling on the court.

“I just really love playing basketball and being that energy player for the team.”

In her final two seasons at the University of Texas, she played alongside fellow Lynx recruit Ariel Atkins.

In her senior year, McGee-Stafford averaged 11.3 points, 8.9 rebounds and 2.9 blocks per game.

She began her professional career with the Chicago Sky, where she played until mid-2017 when she was traded to Atlanta.

The 24-year-old has been with the Dallas Wings since the start of the 2019 season.

In her most recent season, she played in 29 games, averaging 3.8 points and 3.4 rebounds in 10.5 minutes of action.  She had a season-best 15 points against Minnesota in June and grabbed 12 rebounds against New York in July.

“I think she’s going to be an incredible addition to our system.”

Imani McGee-Stafford comes from a family of successful athletes.

Her brother, JaVale McGee plays in the NBA and is a two-time champion with the Golden State Warriors.

The Perth Lynx now have eight players signed to its 2019/20 roster.