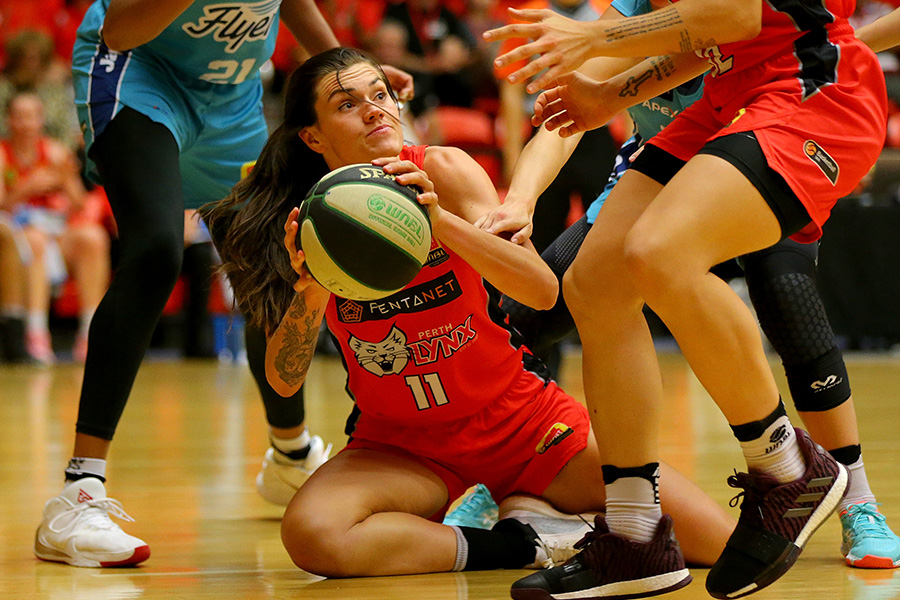 Lynx Suffer Defeat at the Hands of Southside

The Perth Lynx have recorded their first loss of 2020, falling to the Southside Flyers at Bendat Basketball Centre.

The Flyers made a statement early and solidified a lead that the Lynx were unable to regain, despite numerous attempts to close the gap.

“It was frustration because we got in positions in the game where we were winning the ball but we just couldn’t capitalise.”

Katie Ebzery was a stand-out for the home side, finishing with 20 points, six rebounds, six assists and a steal.

Rebecca Cole finished with an incredible 30 points for the Flyers, while Mercedes Russell managed a 15 point, 11 rebound double-double.

The Perth Lynx were scheduled to play again on Sunday vs US Capitals at AIS Arena however, the game has been cancelled due to heavy smoke, caused from the NSW bushfires, impacting the air quality inside the venue.‬

The game is likely to be rescheduled for a later date, more details to come.