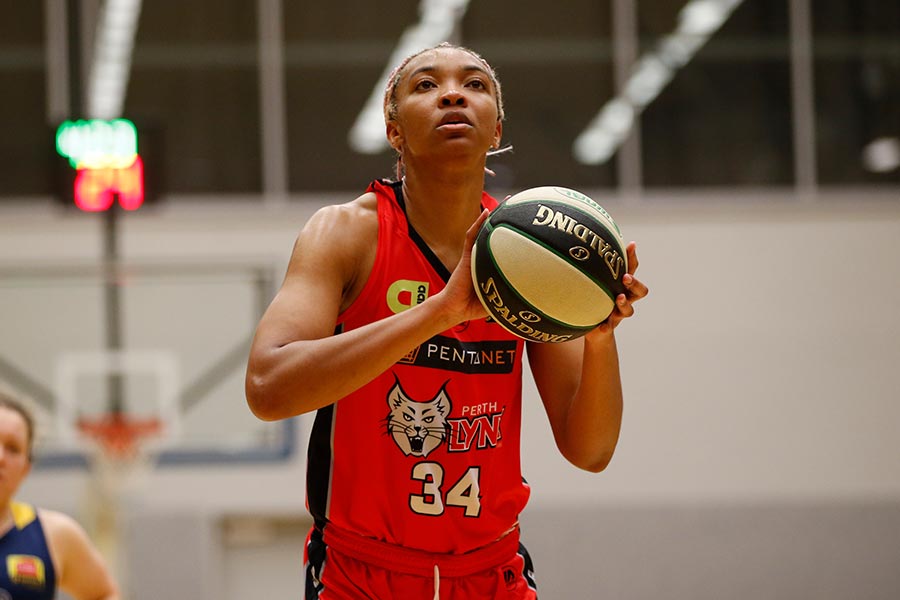 The Perth Lynx have fallen to Bendigo Spirit 79-91 after leading for the first three quarters of the game.

The Lynx came out of the blocks firing, scoring five unanswered points from the tip-off and took a 10-point lead at the quarter time break.

Bendigo started gaining momentum in the second quarter, reducing the margin to six points at halftime.

Carley Ernst stepped up for the Spirit when it counted and brought her team to within one point going into the final quarter. She had no intention of slowing down in the fourth, finishing the game with an incredible 29 points and 16 rebounds.

The Lynx couldn’t come up with the answers in the last period, scoring just 13 points to Bendigo’s 26, with 12 points the final margin.

Nadeen Payne and Marena Whittle were impressive for Perth, both finishing with 15 points against their former team.

Imani McGee-Stafford was solid across the board and tallied 15 points, nine rebounds, three assists and one block.

The Lynx will look to bounce back when they take on the Adelaide Lightning on Saturday 26 October at Bendat Basketball Stadium, tip-off at 6.30pm WST.