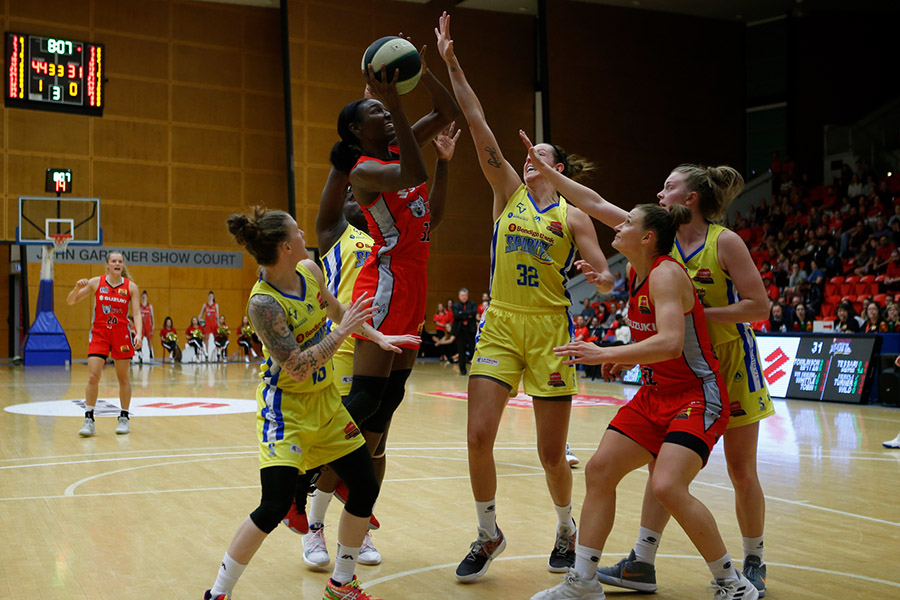 The Perth Lynx have defeated the Bendigo Spirit in a tight contest in Bendigo on Sunday afternoon, 68-66.

The win ends a five-game losing streak on the road for the Lynx, and moves them into third spot on the WNBL ladder at the end of round 13.

Perth’s ability to close out quarters gave them the edge in what was such a closely contested game throughout.

Asia Taylor and Katie-Rae Ebzery scored 13 of Perth’s 15 fourth-quarter points, while the Lynx kept the Spirit to only 12 in the final term.

Taylor finished with 20 points and eight rebounds, while shooting 44 percent from the field.

Ebzery filled the stat sheet with 14 points, six rebounds, three assists and two steals, and scored six points halfway through the fourth when the Lynx needed it most.

Perth will now head home for the second-last game of the season, where they face Melbourne on Thursday night, 10 January.