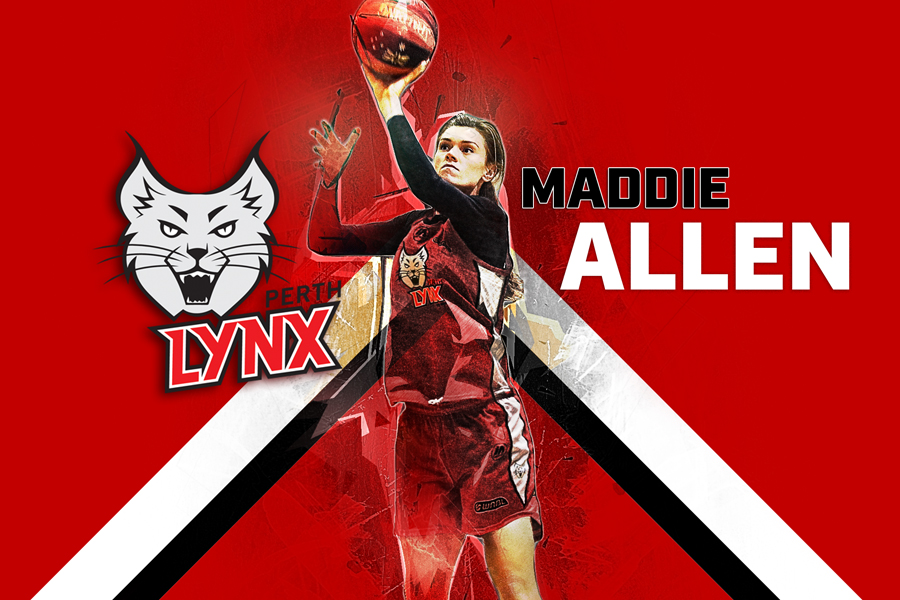 The Perth Lynx are pleased to announce the signing of athletic shot blocker Maddie Allen ahead of the 2018/19 WNBL season.

Standing at 191cm, Allen will play a significant role as a rim protector and rebounder in the team’s front-court rotation.

“I’m so excited to be signing with the Lynx this year,” said the 24-year-old centre.

“I like to bring energy and intensity to the team.

“I love playing at pace, and I think the Lynx system is perfect for my game.”

She has also represented Australia at the Under-17 and Under-19 level.

Born in New South Wales and raised in Queensland, Allen highlighted her initial thoughts on the basketball community in Western Australia.

“Playing against Perth in the past, I was struck by how well supported the team was by the community.

“Whenever people talk about the Lynx, there is inevitably talk of how well the club runs – how the players are taken care of both on and off the court.”

Allen currently plays for the Rockingham Flames in the SBL, where she leads the league in rebounds (10.7 per game) and blocks (2.8 per game), while scoring 13.8 points per game.