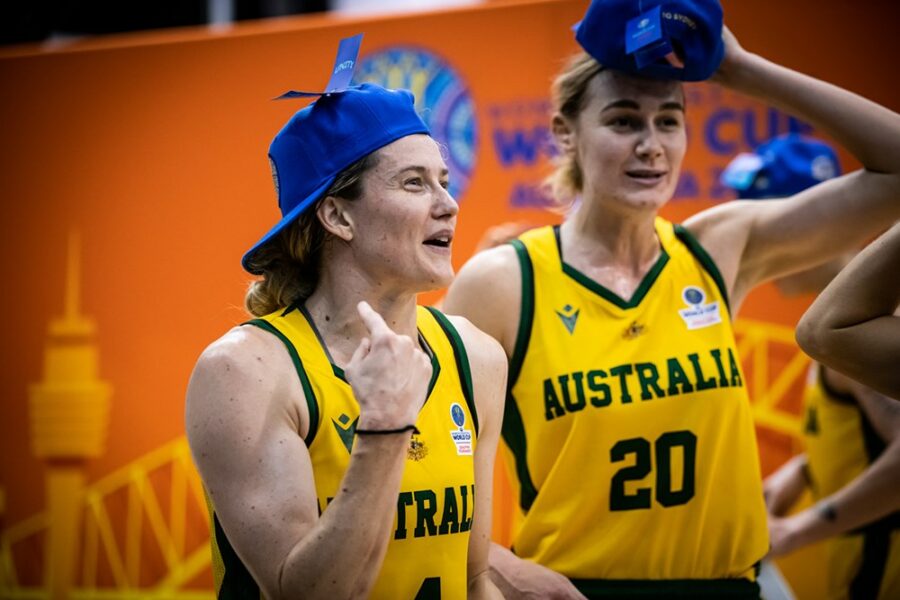 With both Perth Lynx representatives Darcee Garbin and Sami Whitcomb in the starting line-up and combining for 23 points, the Australian Opals closed the FIBA World Cup Qualifying Tournament with the 79-61 win over Korea.

The Opals had split their opening two matches in Belgrade, Serbia with a first up win over Brazil and then a loss to Serbia coming into the Sunday evening clash with a Korean team who had already booked their place at the FIBA World Cup in Sydney later this year.

With Garbin joining Whitcomb in the starting line-up for the final game at the tournament for the Opals, they built up a commanding lead with a dominant first half. Australia led by as much as 34 points at one stage and it did threaten to become a significant blowout.

However, Korea was able to fire back in the second half and outscore the Opals 41 points to 28 to cut the final margin for Australia to 18.

It was a dominant rebounding performance from the Opals as they pulled in 57 boards to 26 from Korea including 21 at the offensive end which led to 25 second chance points.

The size advantage also saw Australia score 44 points in the paint to just 12 from Korea, but the 19 turnovers were again a few too many for Opals coach Sandy Brondello’s liking.

Coming off a rough loss to Serbia the previous night, the Opals changed up the starting line-up against Korea to close the tournament on Sunday with Perth Lynx captain Darcee Garbin into the five.

She teamed nicely with her Lynx teammate and Opals captain Sami Whitcomb for the first score of the game as well. It’s the third straight game Whitcomb has scored the opening bucket for the Opals and then a couple of buckets to Cayla George saw Australia up 6-2.

Whitcomb continued running the offence smoothly and found Bec Allen for a three-pointer before Garbin pulled down an o-board and delivered the putback to make it 11-4.

Whitcomb then again found George for another basket and then when Garbin scored inside again, Australia was leading 16-4, and were still up 25-10 by quarter-time.

By the half-time break, the Opals had a dominant 51-20 advantage and all the signs were there of it continuing in the second half, but it didn’t quite happen.

Korea was able to outscore Australia 21 points to 14 in the third quarter as they more than doubled their first half score.

They were able to continue that momentum in the fourth period as well with another 20 points to 14 to win the second half 41-28 which wasn’t ideal for the Opals, but overall it was still a solid 18-point win against a team that they could very well face later this year at the FIBA World Cup in Sydney.