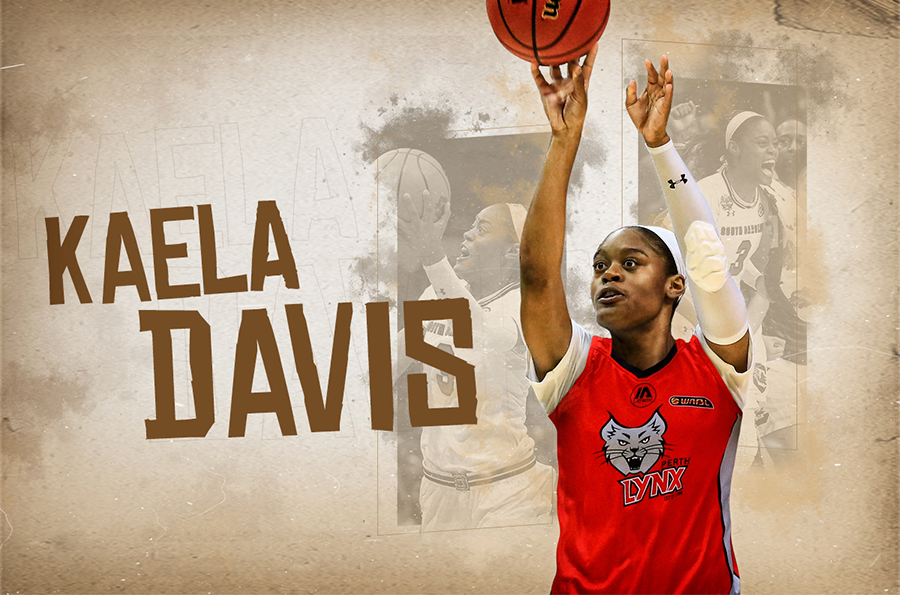 The Perth Lynx are pleased to announce the signing of WNBA rising star, Kaela Davis.

The 23-year-old was selected tenth overall in the 2017 WNBA draft and immediately made her presence felt, scoring 20 points in the season opener to become the first rookie in Dallas Wings history to do so.

She was named to the WNBA All-Rookie Team, and has been a significant contributor for the Wings this season, averaging 5.0 points, 2.0 rebounds, 1.4 assists and 16.8 minutes per game.

At 188cm, the highly athletic Davis can play a variety of positions, and is set to make a significant impact for the Lynx at both ends of the floor.

“I’m currently playing point guard in the WNBA, but I normally play the two or three-spot, and I’ve played some four.”

“I love to get out and run, and get after it on defence.”

The American boasts an impressive list of mentors throughout her young career, having been influenced by legendary college coach Dawn Staley at the University of South Carolina and Australian basketball icon Erin Phillips with the Dallas Wings, while her father, Antonio Davis, is a 13-year NBA veteran and NBA All-Star.

“I’ve heard a little about Australia from my Australian teammates and my coach,” said Davis.

“I’ve heard nothing but good things about how competitive it is.”

No stranger to success, Davis helped the University of South Carolina claim the 2017 NCAA National Championship, tasted EuroCup glory with Turkish side Galatasaray earlier this year and has won three gold medals with Team USA throughout her junior career.

“I believe this is the most athletic roster the Lynx have ever put together, with the added bonus that so many players are interchangeable in their positions.” said reigning WNBL Coach of the Year, Andy Stewart.

“We’ve recruited a squad that will cause headaches in so many areas.”

Davis becomes the ninth player to sign with the Perth Lynx ahead of the 2018/19 Chemist Warehouse WNBL season, with one roster vacancy remaining.