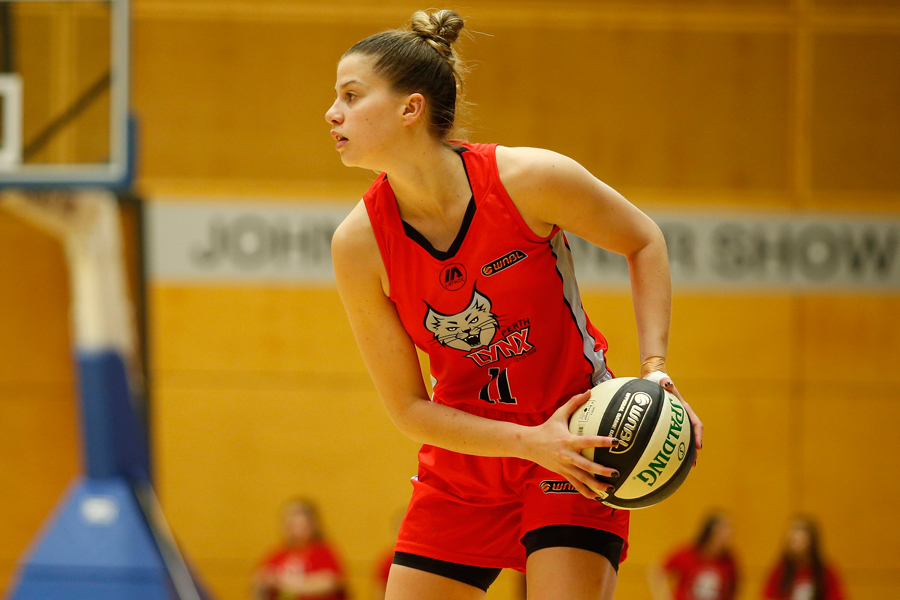 The Perth Lynx have claimed their ninth consecutive victory and another emphatic result against a top-four rival, defeating the Adelaide Lightning, 89-74.

Playing their second game in three days, the Lynx traveled to South Australia looking to even the season series with the Lightning, and poured on the pressure to remain the form team in the WNBL.

After a rocky start, the Lynx found themselves trailing by 10 points midway through the second term.

However, just as they did against UC Capitals on Thursday, a second half blitz saw Perth run away with the result and leave Titanium Security Arena sitting atop the WNBL ladder.

The starting unit combined for 81 of the team’s 89 points, though the defensive intensity of Olivia Thompson, Toni Farnworth, Alex Ciabattoni and Amanda Dowe were critical in Perth’s second half run.

The current nine game win streak is the second-highest in club history.

The Perth Lynx will look for a record equaling tenth consecutive victory this Thursday 7 December, when they host the Dandenong Rangers at the Bendat Basketball Centre – tickets are on sale now.