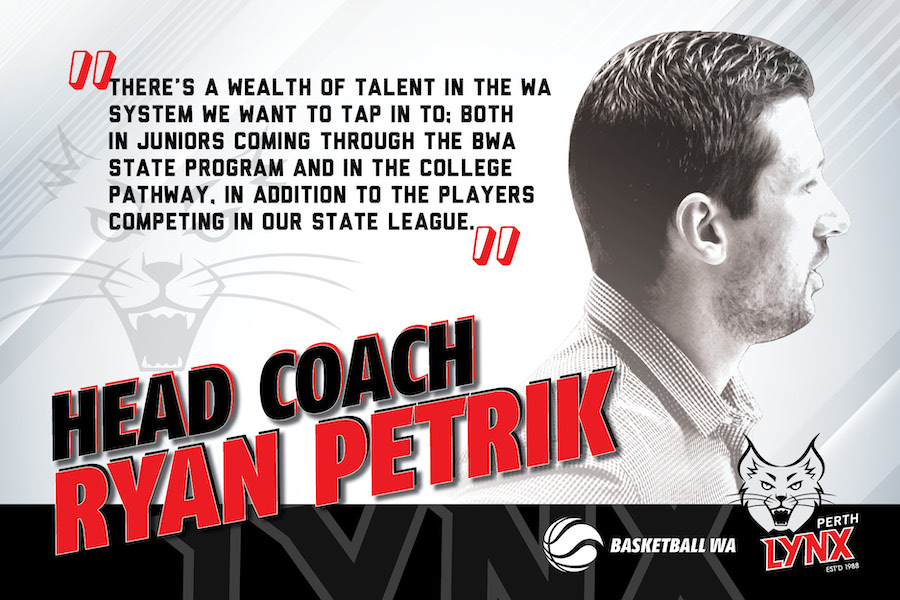 The Perth Lynx and Basketball WA are delighted to announce the signing of Ryan Petrik as the new Perth Lynx Head Coach for the next two WNBL seasons (2020/21 and 2021/22).

Ryan has a wealth of experience and has been the Assistant Coach at the Perth Lynx since June 2015 working alongside Head Coach, Andy Stewart.

“The WNBL has some of the best coaches and players in the world, to be able to compete against them is really exciting.”Said Petrik.

“There’s a wealth of talent in the WA system we want to tap in to; both in juniors coming through the BWA State Program and in the College Pathway, in addition to the players competing in our State League.” Remarked Petrik on helping to grow the Pathway for women’s basketball in WA.

Ryan also has two WSBL Titles under his belt (as Head Coach of the Rockingham Flames for seven seasons). He was also named WSBL Coach of the Year in 2012 and was head coach of the WA women’s under 20’s team, leading them to a Silver medal at the National Championships in 2014.

On top of this he spent several seasons assisting Perth Wildcats coaching staff under both Rob Beveridge and Trevor Gleeson.