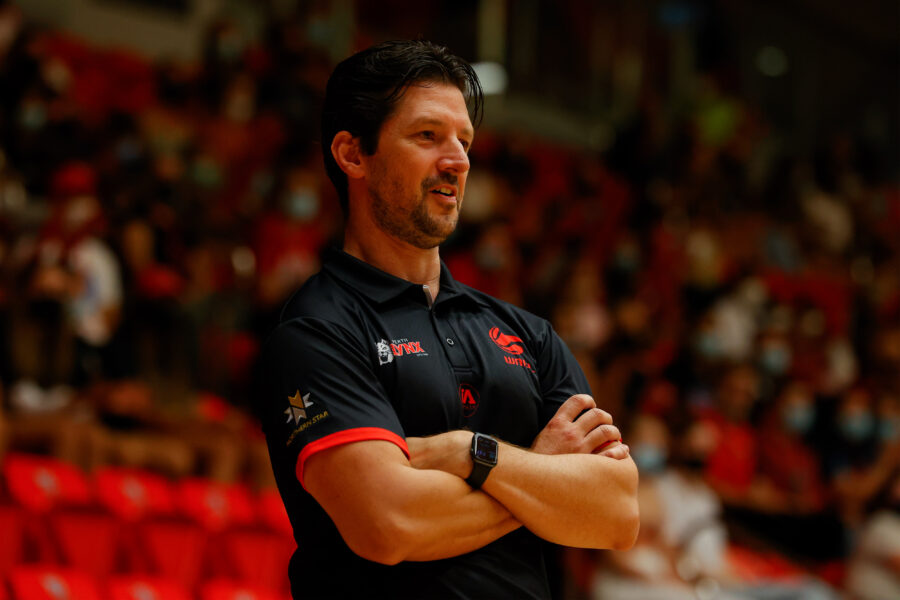 “This league has some of the best coaches in the world, so to be singled out amongst them is very humbling. I was fortunate enough to spend 5 years as a Lead Assistant studying and learning from them, so it’s a real honour and privilege to receive this award.

I know full well that I’m a very small part in what goes on here at the Lynx. I’m surrounded by 2 elite assistants, an incredible S&C coach, a fantastic support staff, and a front office that makes my job easy.

But as always, it comes back to the players. I’m very fortunate to be able to coach such a super talented group of players, who play with a real level of joy and enthusiasm. They do the work, they do the winning, and they’ve given me the chance to coach them. For that I’ll always be very grateful.”

Ryan Petrik is the head coach of the Perth Lynx of the Women’s National Basketball League (WNBL). He started his coaching career as an assistant coach with the Rockingham Flames Men’s SBL team before being elevated to the head coaching role of the Flames Women’s SBL team, where over 10 seasons he guided them to three grand finals and two championships while earning WSBL Coach of the Year honours. Between 2015 and 2020, he served as an assistant coach with the Lynx, and between 2019 and 2021, he served as head coach of the Flames men’s team.