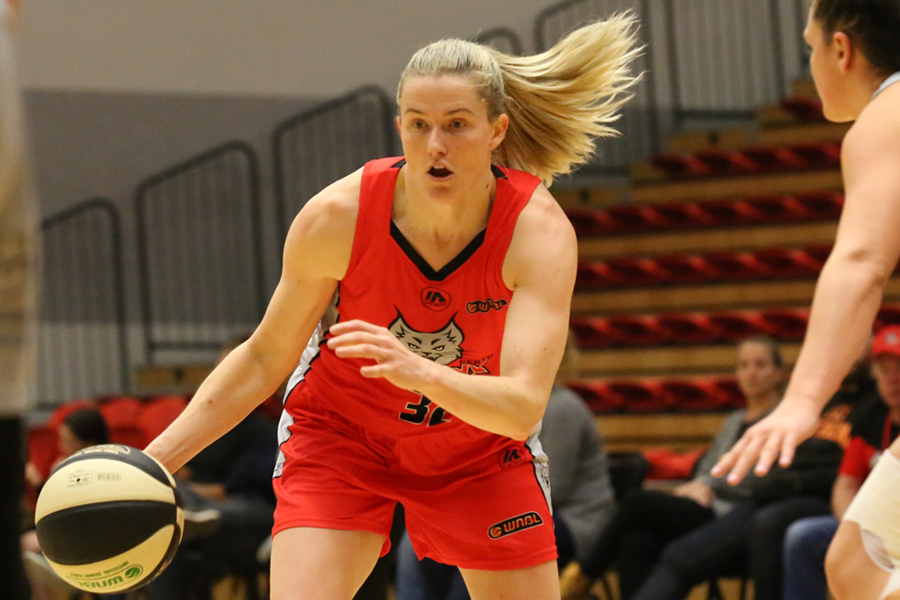 Sami Whitcomb named to WNBL Team of the Week

Perth Lynx captain Sami Whitcomb has been named to the WNBL Team of the Week for the first time this season, after her dominant display against the Dandenong Rangers on Friday night.

Whitcomb was brilliant throughout the contest, tallying 22 points, 12 rebounds, seven assists and three steals, as the Lynx leader helped steer her side to a much-needed victory.

Last season, Whitcomb led the WNBL in Team of the Week appearances, being recognised 13 times throughout the season.

Despite a tough start to the season for the Perth Lynx, Whitcomb has continued to make an impact throughout the early stage of the campaign, boasting career best averages in assists, steals and rebounds.

Whitcomb currently averages 15.2 points, 6.6 rebounds and 5.6 assists per game, with the back-to-back Lynx MVP also leading the WNBL in steals (3.3 per game).

The Perth Lynx host the Townsville Fire this Thursday 2 November at 6:30pm – tickets are on sale now, starting from just $10.