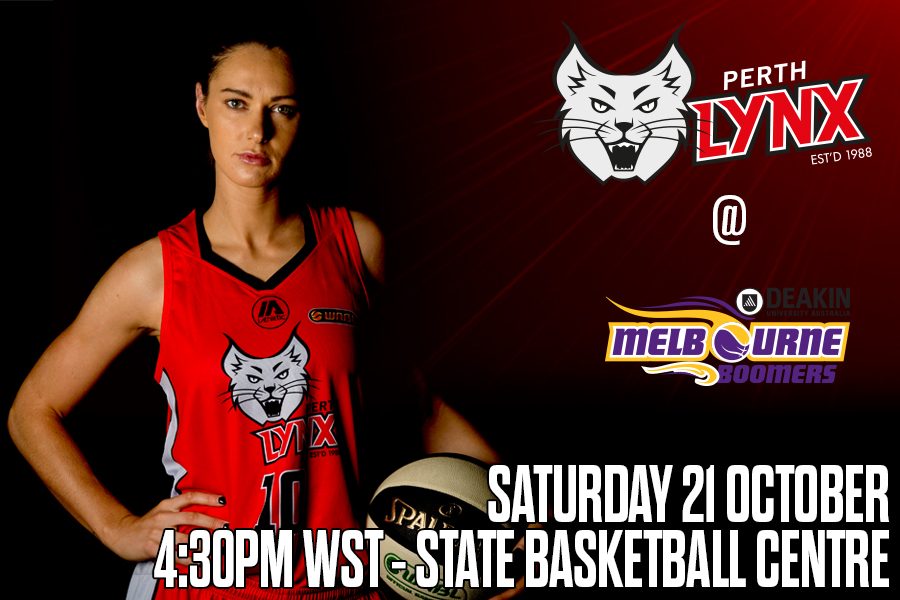 The Perth Lynx are looking to continue their momentum as they take on the Melbourne Boomers tomorrow, Saturday 21 October, at 4:30pm WST.

After a resounding victory on Thursday evening, the Lynx need to maintain their form as they look to string together two important victories.

“The first three game weren’t us, so we’ve got to look at this as the start of our season,” said Alice Kunek, who starred on Friday night with 23 points.

“Now is the time to put the foot on the throttle and start to get better every single week.”

The Lynx will need to formulate a plan to deal with Melbourne’s arsenal of weapons, led by Liz Cambage (23.0ppg).

“Our team defence is such a huge thing, getting that second and third rotation.”

Kunek and Olivia Thompson return to Melbourne to face the club they represented last season, and enter the game in terrific form after their performances on Thrusday night.

The Boomers are also sporting several familiar faces, with former Lynx players Ash Grant and Louella Tomlinson in line to take the court in opposition colours.

Alex Ciabattoni was dominant on Thursday night, shooting 5/6 from deep on her way to 21 points, and with Courtney Williams and Sami Whitcomb completing the backcourt, the Lynx are happy to spread the ball around as they look for their second win in three days.

“We have so many great scorers, anyone can score from any position.”

“Anyone can light it up on any given night – we can be a nightmare for different teams.”