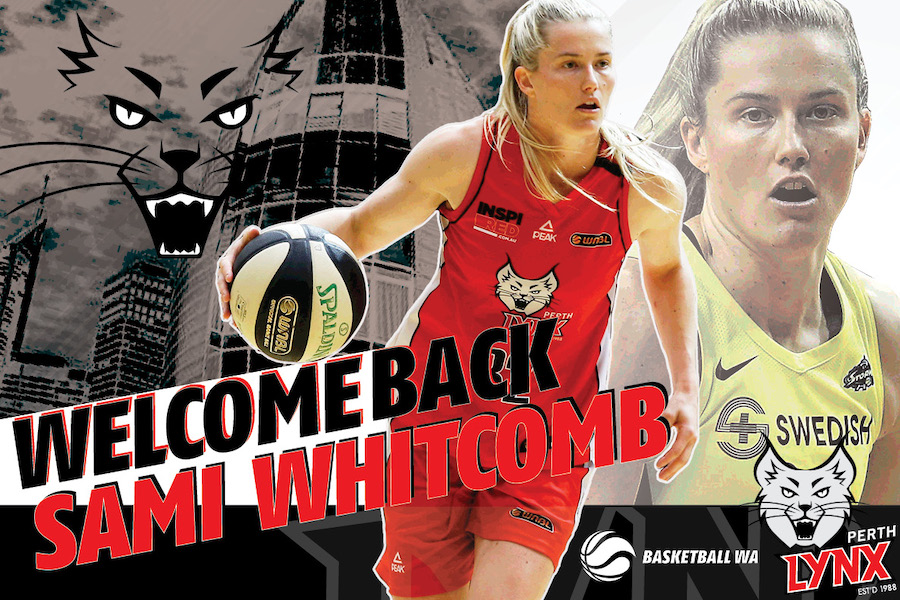 SEATTLE STAR SAMI WHITCOMB BACK TO LIGHT UP THE WNBL

2018 FIBA Women’s Basketball World Cup Silver medal winning Opal and Seattle Storm WNBA Championship winner Sami Whitcomb will be back with the Perth Lynx for WNBL season 2020/21. Whitcomb, a Lynx fan favourite, averages over 20 points a game in the WNBL and is looking forward to bringing her exciting brand of basketball back to Perth crowds.

Lynx Head Coach Ryan Petrik is no stranger to Whitcomb, with the pair having previously combined to win back to back WA State Basketball League titles with the Rockingham Flames.

Petrik believes it’s not just Whitcomb’s elite shooting that will be a positive impact on the team this season. “Sami’s work ethic and professionalism are second to none. It’s important not only for the Lynx, but for the athletes coming through the Basketball WA pathways – to be able to learn from Sami will be invaluable for their development.”

Whitcomb was equally as keen to link up with her former coach. “I’m really excited to have the opportunity to play back at home in Perth, to be home with family is fantastic and I’m really looking forward to playing with the roster that’s being assembled.”

Sami is the first player officially announced on the Lynx roster for the upcoming season, with more player announcements coming soon.