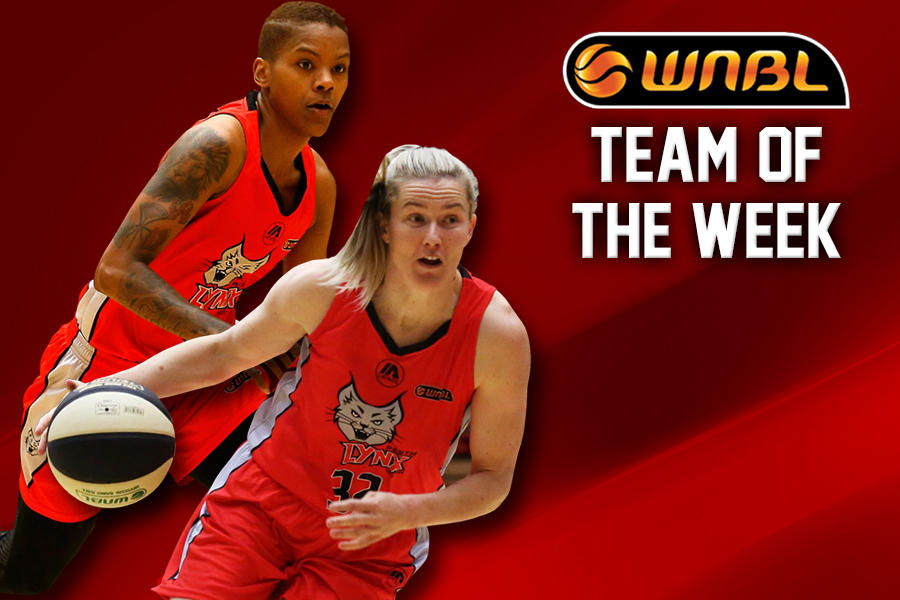 Star duo named to Team of the Week

Perth Lynx superstar guards Sami Whitcomb and Courtney Williams have again been named to the WNBL Team of the Week, after helping their side to a pair of important victories that moved the Lynx atop the WNBL ladder.

It is the third time that Whitcomb has been named to the Team of the Week, and the fourth consecutive appearance for teammate Courtney Williams.

The accolade also marks the second week in a row that both stars have been honoured in the WNBL Team of the Week.

Whitcomb played a critical role setting the pace for the Lynx in both games this weekend, scoring 31 first half points across the victories.

She finished the week with a total of 41 points, 10 assists, seven rebounds and five steals, while knocking down six three-pointers.

Courtney Williams’ week began with an unstoppable effort against the UC Capitals, before another hot scoring performance helped Perth to a crucial victory in Adelaide.

Williams was at her brilliant best scoring the ball, tallying 47 points across two games, including a remarkable personal run of 13 unanswered points in the fourth quarter against the Capitals.

The electrifying pair are next in action this Thursday 7 December, when the Perth Lynx host the Dandenong Rangers – tickets on sale now.