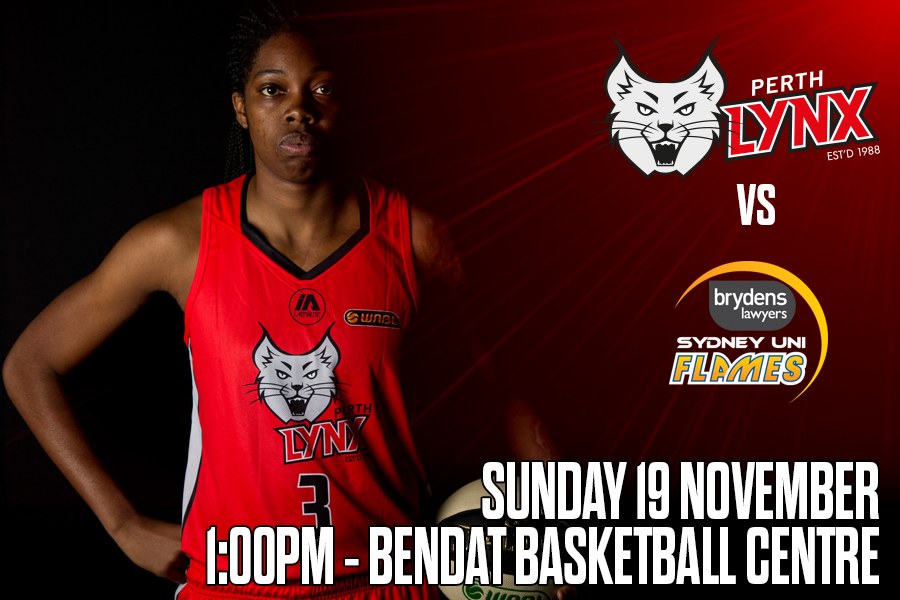 The Perth Lynx are chasing their fifth consecutive victory tomorrow when they host the Sydney Uni Flames at the Bendat Basketball Centre.

After defeating the Bendigo Spirit on Friday evening, the Lynx are riding a wave of momentum into Sunday’s clash with the top-of-the-table Flames.

Perth have done a terrific job of sharing the workload this season, and their up-tempo style sees the Lynx rank first in the league in scoring.

Alex Ciabattoni enjoyed a strong performance on Friday evening, and is currently shooting the three ball at a career high rate (2.2 attempts per game) and accuracy (56 per cent).

Similarly, Alice Kunek (5.9 attempts per game, 45 per cent) and Kayla Standish (4.2 attempts, 39 per cent) are also enjoying career seasons from range, with their ability to stretch the floor likely to prove vital against Jennifer Hamson and Sydney Uni’s interior presence.

Team rebounding was an enormous factor in Perth’s road win in Bendigo, with Amanda Dowe (12 rebounds), Olivia Thompson (nine rebounds) and Kunek (nine rebounds) all making their mark on the glass, and the trend will need to continue for the Lynx to keep Sydney’s potent offense at bay.

Sami Whitcomb and Asia Taylor shared a place in last season’s WNBL All-Star Five, and will each be looking to break the game open for their side.