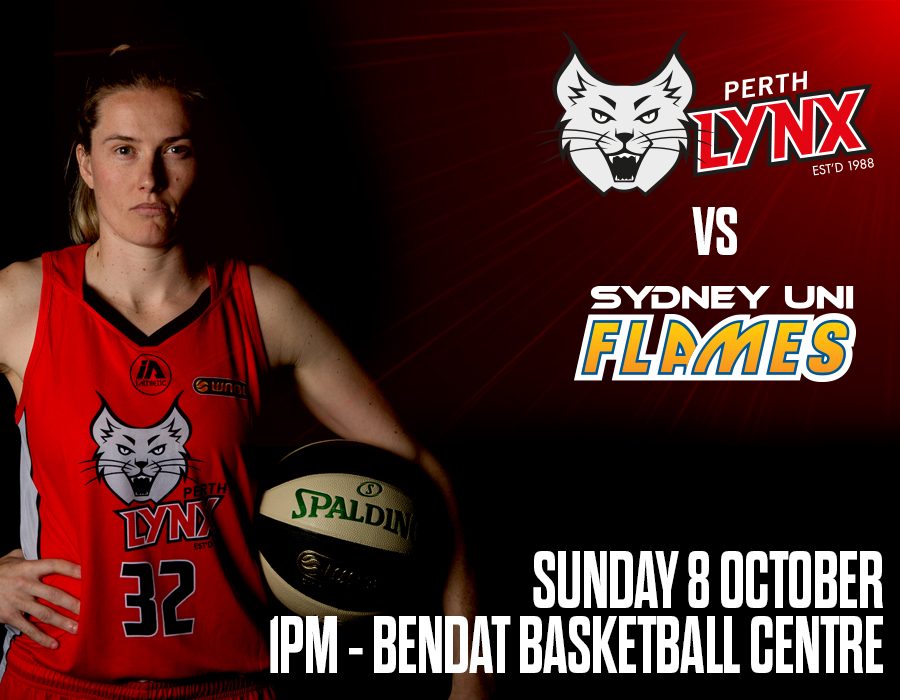 The Perth Lynx begin their 2017/18 WNBL campaign tomorrow afternoon, when they host the Sydney Uni Flames at the Bendat Basketball Centre.

After an off-season of intense preparation, the Lynx are ready to start the season off with a bang in what could be the most star-studded WNBL season ever.

As many as eight players could make their Perth Lynx debut, with the revitalized Lynx lineup ready to run at any opportunity according to head coach Andy Stewart.

“We’re looking very different than we have in any other year.”

“We have a group of girls that are extremely fit and athletic – this group can flat out fly up and down the floor, it’s going to be an exciting brand of basketball.”

Lynx fans will get their first look at WNBA star Courtney Williams, as the energetic guard arrived in Perth this week after attending Team USA Camp.

Alongside Williams, the Lynx will be boosted by the return of Sami Whitcomb, with the back-to-back club MVP and WNBL scoring champion keen to light it up once more.

Olympian and WA local Natalie Burton returns with an important role to play, while youngsters Tahlia Fejo, Georgia Denehey and Izzy Miotti round out the squad for the season opener.

“We want to play fast, we want to defend hard and be able to press the length of the court.”

“I want the ability for us to take the rebound, put the ball on the deck and go.”

Tickets start from just $10, and are available online and at the door.