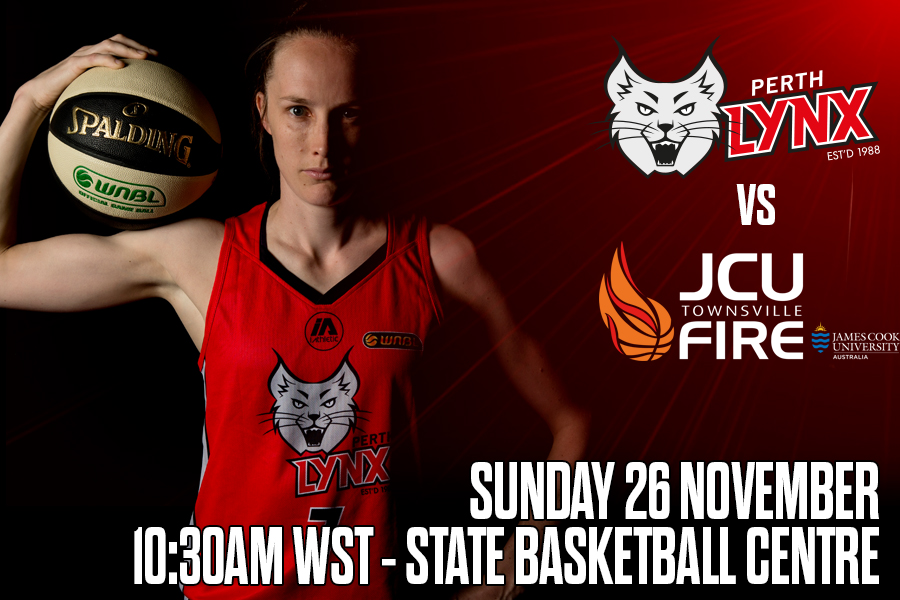 The Perth Lynx are chasing their seventh consecutive victory tomorrow as they face the Townsville Fire as part of the WNBL Cluster Round.

Meeting their recent rivals at the Melbourne State Basketball Centre, the Lynx will be hoping for a victory that could see them finish the round atop the WNBL ladder, while also chasing the opportunity to seal the season series between the two sides.

Perth hosted Townsville earlier in November, where they claimed an impressive 87-68 victory.

Alice Kunek starred that day, scoring 25 points in the winning effort, though the Lynx have had to manage her in the buildup to tomorrow’s rematch, with the forward suffering an ankle injury late in her side’s recent victory over the Dandenong Rangers.

Toni Farnworth is set to make her season debut after spending the first half of the season sidelined due to a wrist injury, while Courtney Williams will be keen for another strong performance after recently being named WNBL Player of the Week.

As always, Suzy Batkovic looms as a consistent threat on both ends, with the five-time WNBL MVP currently averaging 20.2 points and 10.1 rebounds per game.

The two form sides of the competition, the Lynx and Fire are each putting a significant winning streak on the line, with first place on the WNBL ladder awaiting the victor.

The Perth Lynx take on the Townsville Fire on Sunday 26 November, at the State Basketball Centre.