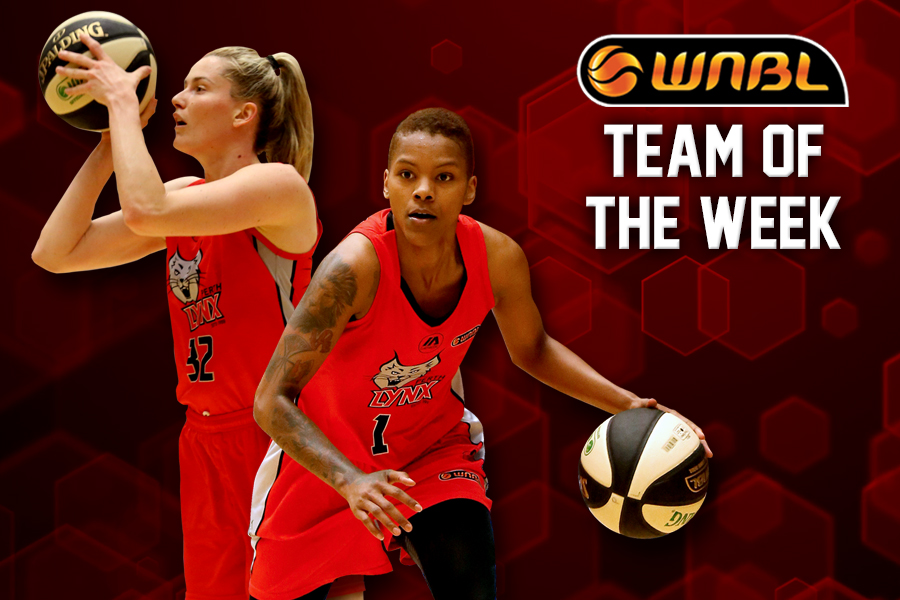 Team of the Week honours for dynamic duo

A fantastic road trip for the Perth Lynx saw the team return home with two victories and the best record in the WNBL, and was punctuated with Sami Whitcomb and Courtney Williams both being named to the WNBL Team of the Week.

Whitcomb, making her second Team of the Week appearance this season, was phenomenal throughout the weekend, tallying 41 points, 13 rebounds, six steals and four assists in her team’s victories over the Dandenong Rangers and Townsville Fire.

The Lynx co-captain knocked down five three-pointers against the Fire, clinching the hard fought game in style.

Her back-court teammate, Courtney Williams, has become a fixture in the Team of the Week, having now been recognized three weeks in a row.

Williams opened the weekend with 21 points, seven rebounds and five assists in Dandenong, before adding 22 points, a pair of threes and two huge rejections against Townsville.

She finished the weekend with 43 points, 10 rebounds, seven assists and three makes from long range.

Holding an 8-4 record, the Perth Lynx sit in a share for first position on the WNBL ladder.

They next play the University of Canberra Capitals on Thursday 30 November – tickets are on sale now!