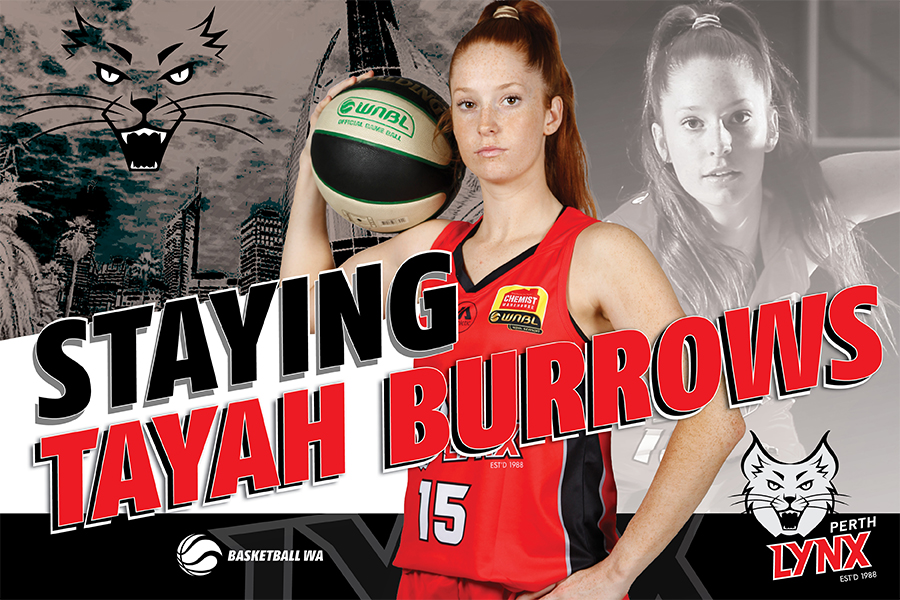 The former Southwest Slammers junior, turned Rockingham Flames SBL player, spent the WNBL off-season being heavily recruited by Division 1 Colleges in America, which meant the Lynx were preparing to bid farewell to the highly touted player.

Given the current uncertainly around the world however, Burrows elected to spend another season in Perth before looking to commence her College career, much to the delight of Lynx Head Coach Ryan Petrik.

“Tayah is a young, really talented, point guard – unfortunately we just couldn’t get her on to the court last year but there’s a reason she has highly rated College programs falling over themselves trying to sign her.”

“We fully support any WA athlete who wants to further their education abroad and test themselves against some of the best young players in the world via the College pathway, but one of the very few positives with the world being a bit upside down right now is that we get to have Tayah with the Lynx for another season.”

For Burrows a frustrating, injury-marred, 2019/20 WNBL season that saw her spend Boxing Day in hospital for an appendix operation has led to an off-season spent working hard on the court and in the gym, with a steely resolve to make this season count.

“I’m looking forward to competing hard at every opportunity and never giving less than 100%. There’s so much talent on our roster, it’s easy to stay motivated and it’s really exciting to be a part of the team again this season.”