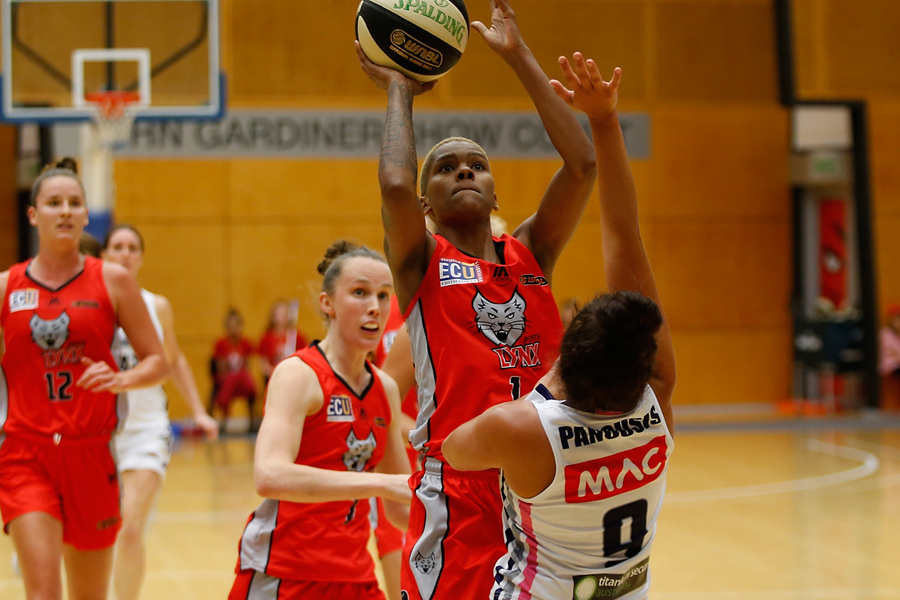 The Perth Lynx have secured a finals berth in style,with an entertaining victory over the Adelaide Lightning, 99-82.

In what has become a familiar sight, it was a surge after half-time that helped the Lynx gain control of the game, led by the sheer offensive brilliance of Courtney Williams.

Williams tallied a career-high 41 points, shooting 76 per cent from the floor, to captivate the crowd at the Bendat Basketball Centre and set up her side’s twelfth straight win.

“It’s great to win the game, but that was a pretty special shooting display by one young lady,” said head coach Andy Stewart.

“That’s pretty rare that we’d get to witness that – that was very special.”

Kayla Standish led the scoring early to finish with 16 points, while Toni Farnworth enjoyed her best game of the season on her way to 13 points.

Amanda Dowe excelled on the glass, pulling down 12 rebounds including seven offensive boards, drawing high praise from her coach.

“Amanda was outstanding, going in and getting the ball back for us, kicking it out.”

“Her last few weeks; there was an opportunity there, and she has absolutely seized it.”

With the victory, the Lynx now hold a 13-4 record, as well as the season series tiebreaker over six teams in the WNBL.

They now prepare for back-to-back games with the Melbourne Boomers, against whom they trail 0-1 in the season split.

The first of two consecutive top-of-the-table matchups takes place in Melbourne on Sunday 17 December, with the Lynx keen to extend their winning streak to 13 and level the series with the Boomers.