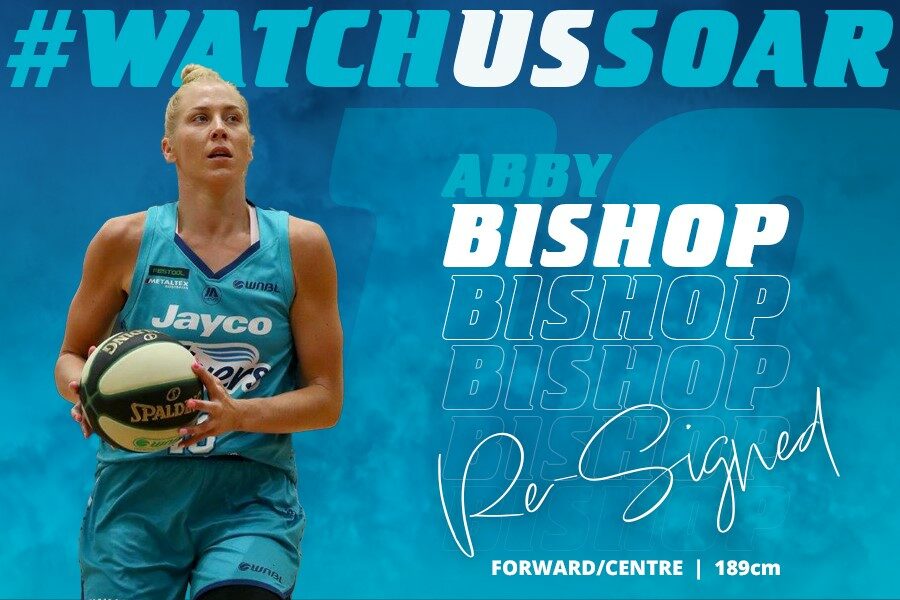 ABBY BISHOP BACK FOR A BIG SEASON

The Flyers were the winners when Abby Bishop made her return to the WNBL last season and after an early end to her season due to injury, she is looking forward to being back on court with the Flyers.

Her on court contributions and leadership were there for all to see in an outstanding return to the WNBL, averaging 13.4 points, 9.8 rebounds and 2.9 assists in 30.5 minutes per game, before a tendon injury ended her season in late January.

“It was great to be back playing in the WNBL last season and I really enjoyed playing with the Flyers, such a great group of people, like a big family. It was really disappointing not to be able to play the whole season, thankfully that is behind me now and I am looking forward to a big season.

“Adding to the excitement of the upcoming season is the opportunity to once again play with Lauren Jackson, it is going to be very special for the Flyers,” Bishop said.

Jackson and Bishop were Opals teammates and played together in a Seattle Storm WNBA Championship team.

Flyers coach Cheryl Chambers said Bishop’s impact last season was outstanding and she plays an important role in the team.

“Abby provided wonderful leadership and a real presence that benefitted everyone on the team last season, and we are thrilled she will be back, fit and ready to go. Playing her way back into the Opals squad showed what a valuable player she is, while off the court she is a great role model for everyone,” Chambers said.

Such was Bishop’s impact on the court last season, she was added to the Opals squad for the World Championship Qualifying Tournament before injury ended struck. She last played for the Opals in 2019 and was a part of the Opals bronze medal winning team at the 2012 Olympics, alongside Flyers teammate, Lauren Jackson.

As well as the WNBA Championship and Olympic bronze medal, Bishop, a WNBL MVP and dual WNBL All-Star, has enjoyed success at several European teams as well as being a three time WNBL Championship player in what has been an incredible basketball career that she is hoping to add more highlights to with the Flyers in 2022/23.