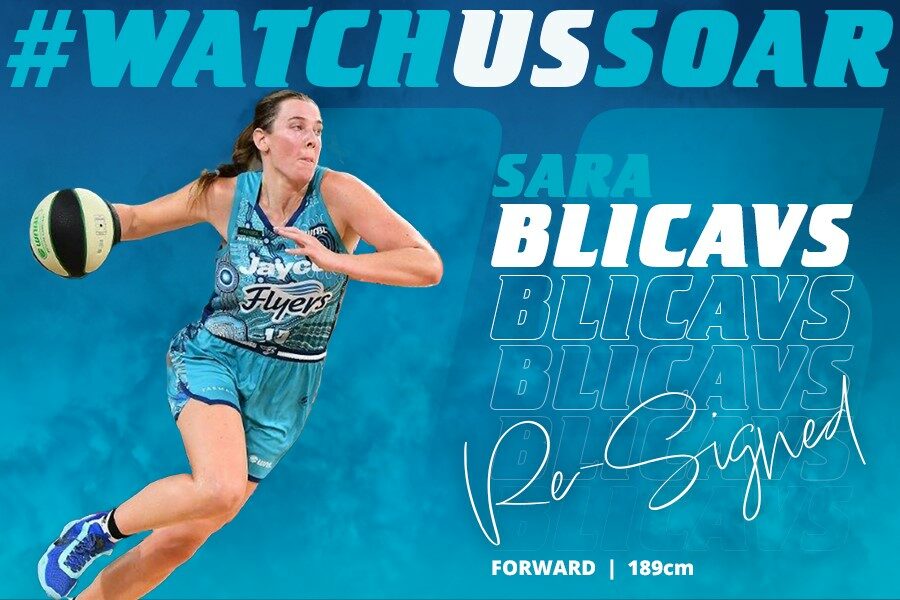 An Opal continuing with the Flyers

An Opal looking forward to a new season with the Flyers

Sara Blicavs has confirmed her future is with Southside Flyers and is looking forward to further challenges in the upcoming 22/23 WNBL season.

“I am grateful to have been part of the Flyers for all three seasons we have been in the WNBL and am really looking forward to the new season,” Sara said.

“I love playing with the Flyers, we have enjoyed success, and while last season was not what we wanted, it was still enjoyable. The Flyers are a very professional club and have a fantastic culture. There is such a great feeling around the club and the environment created by the coaches and players ensures it is a lot of fun,” added Sara.

Flyers Coach Cheryl Chambers is delighted Sara is continuing with the Flyers, particularly after another strong and consistent season that saw her continue to develop her game and cement her position in the Opals squad.

“Sara is a very important part of our team and the way she continues to build her game to an even higher level shows her professionalism. She can consistently knock the 3, shoots the pull up and can also get to the rack. She continues to raise the bar for our team and helps build the Flyers culture on and off the court,” Cheryl said.

“She is a great person around the team and continues to be a real fan favourite,” Cheryl added.

Sara started of basketball career in Sunbury before joining the Melbourne Tigers junior program and has played with four teams in the WNBL, including Dandenong Rangers. The Flyers 2020 victory was Sara’s second WNBL Championship, having previously won with Bendigo in 2016.

“I am really looking forward to the new season and working together to be the very best we can, individually and as a team. We have the best coaches and such a wonderful support staff, plus a fantastic supporter base, it is an exciting time,” Sara added.