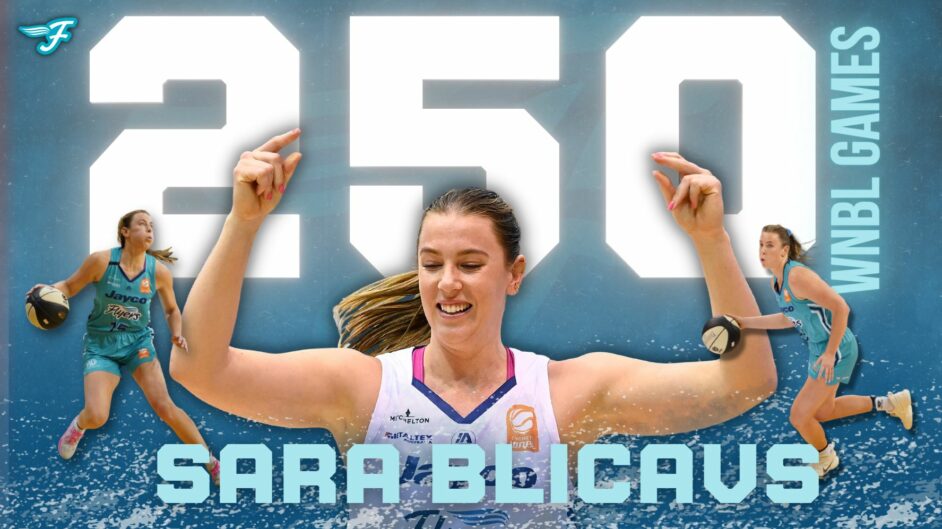 Fan favourite Sara Blicavs is set to play her 250th WNBL game in Wednesday night’s Flyers home game against UC Capitals at the State Basketball Centre. In doing so she will become the 76th WNBL Life Member in recognition of her decorated career in the competition.

A dual WNBL Championship player, Sara was also part of the Australian Opals bronze medal winning team at the World Championships in Sydney this year.

It has been a wonderful journey for Sara who started her basketball career in Sunbury before joining the Melbourne Tigers junior program going on to her WNBL debut in December 2009 with the AIS to then become one of the stars of the WNBL. The Flyers 2020 Championship victory was her second WNBL title, having been part of the Bendigo success in 2016.

250 WNBL games at four teams in the WNBL, including the Dandenong Rangers, Sara is an original Southside Flyer and is looking for more success with the Flyers.

Congratulations Sara let’s celebrate with a win in front of a big Flyers family crowd at the State Basketball Centre!

Click here to purchase your tickets to the game through Intix and help Sara celebrate her 250 game milestone.