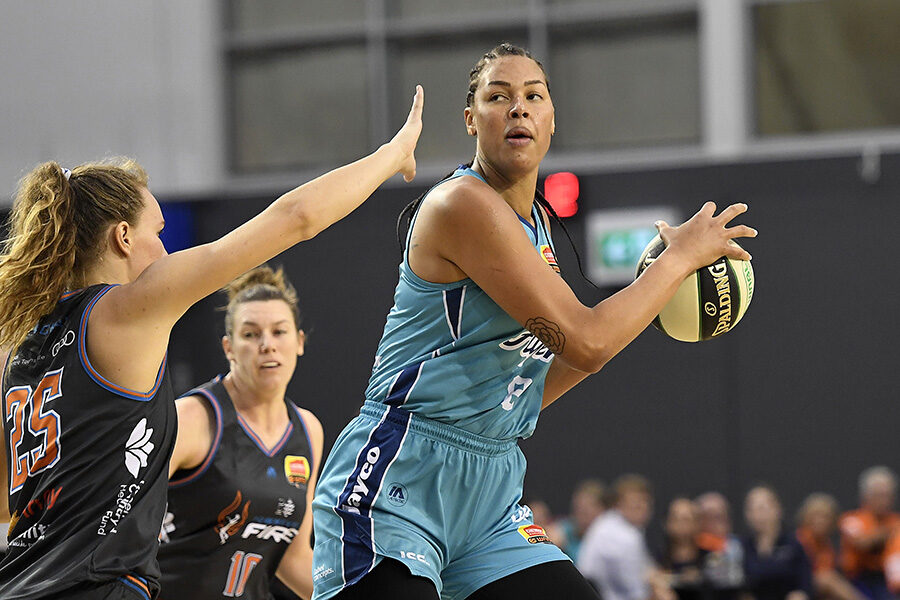 Flyers Get Another W After Brilliant Cambage Performance

There was no stopping Liz Cambage as the Chemist Warehouse Opals superstar inspired a 101-89 win for 2020 Chemist Warehouse WNBL title favourites Jayco Southside Flyers, over a gutsy JCU Townsville Fire on Thursday.

Cambage grabbed her biggest scoring haul yet of the season, notching a game-high 31 points plus 13 rebounds and six blocks at Townsville Stadium as the Flyers (3-1 record) cruised to their second straight victory.

But the Flyers were hardly a one woman show.

The Flyers’ only complaint was Cole suffering a suspected ankle complaint in the final term.

The Fire (2-2 record) stepped up despite the absence of veteran Nadeen Payne, who was rested after her 14-point effort in their hard-fought 81-78 win over Brydens Sydney Uni Flames on Tuesday, replaced in the starting five by Kate Gaze.

But there was no slowing down the Flyers who were fresh after their Tuesday clash was postponed when opponents Adelaide Lightning were asked to self-isolate in their north Queensland nub.

Cambage was all smiles after a willing showdown with Zitina Aokuso (12 points, eight boards) while Lauren Nicholson (21 points), Steph Reid (13pts) and Shyla Heal (12pts), also impressed for the Fire.

“We had a night off… with the Adelaide game getting postponed so I was good to go,” Cambage said.

“(And) I love these (Flyers) girls so much. They are family, it’s a sisterhood.”

The Fire jumped to a seven-point early buffer, but Cambage found her range, grabbing a 14-point first quarter haul to limit the host’s lead to 21-20 at the opening break.

Cambage went to the bench early in the second term when she was warned by officials with a technical foul after objecting a call.

But the Flyers found another gear before Cambage returned to the court to help herself to 20 points by halftime, as her side grabbed a 52-45 halftime lead before kicking away 78-62 by the final interval.

The Fire battled away in a high quality match in the final term to test the Flyers who at one stage led by 22 points.

“We didn’t play defence at the level that we need to be a playoff team and have a chance to win a championship. Southside scored a lot of easy baskets and we need to continue to improve,” Fire coach Shannon Seebohm said.

The Flyers next take on Perth Lynx in Cairns while Fire host Villawood Properties Bendigo Spirit, both on Saturday.