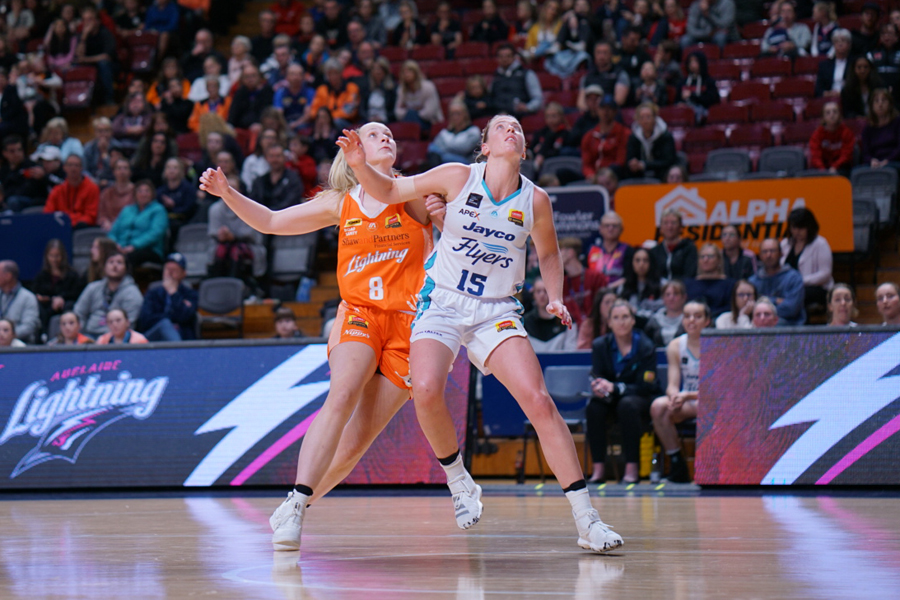 The Jayco Southside Flyers maintained their perfect record on the road with a pair of big weekend wins in Round 7 of the Chemist Warehouse WNBL.

Taking on the toughest road trip in the league, the Flyers overcame Perth Lynx, 82-68, in a tough tussle on Friday night before heading to Adelaide and posting a hard-fought 91-85 win over the Lightning.

The winning weekend sees the Jayco Southside Flyers move to 9-1, two wins clear of the Melbourne Boomers and UC Capitals at the top of the ladder.

Coach Cheryl Chambers said she was proud of her team.

“I don’t think many teams will come away with two wins from this road trip because it’s very tough and it’s physically tough with the flying as well,’’ she said.

“Perth are tough at home. We’d get a lead, they’d come back at us and they just play at such a frantic pace but I thought defensively it was one of the better games we’ve had, we really followed the scout and knew the help.

“Adelaide were a bit of an unknown with their new import and even Laura Hodges hasn’t played for two years. We just had lots of contributors.”

Against the Lightning, it was Russell who was the star with a game-high 24 points and 14 rebounds shining especially in the first and last quarters. The experience of Mitchell (21 points) was important when the game was on the line, while Blicavs jumped out of the gates with 11 first-quarter points, finishing with 20, and Cole posted 18.

The Jayco Southside Flyers are back on their home court this Saturday night hosting rivals Melbourne Boomers in the second leg of the Michele Timms Cup.

Aside from being a top-two clash, this fixture has extra significance as Southside turns orange to support the WNBL’s UN Women Orange the World initiative to stop violence against women.

We want to see all our fans decked out in orange to support this very worthwhile cause, while we look to defeat our arch-rivals here at Dandenong Stadium!