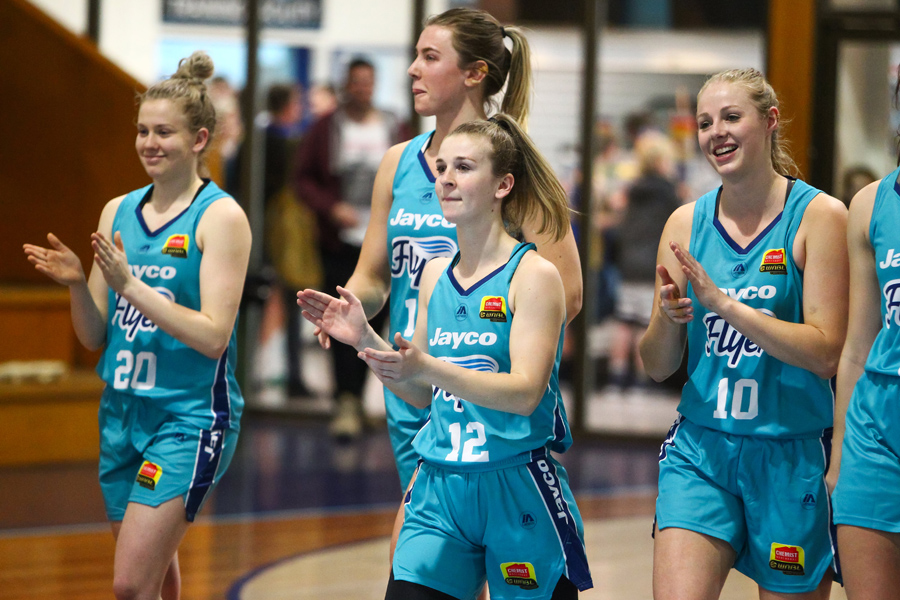 Guess what Flyers Family? The 2019/20 WNBL season tips off in only two week’s time!

While Jenna O’Hea, Sara Blicavs and Leilani Mitchell battle it out at the FIBA Asia Cup the rest of our Southside squad are working hard on the training track, getting ready for our season opener against the Townsville Fire on Saturday 12 October.

But before that huge game we’ve got two preseason clashes for you next week!

We’ll take on our first WNBL team next Thursday night when we battle the Bendigo Spirit here at Dandenong Stadium, followed by another big All-Victorian matchup against the Melbourne Boomers on Saturday.

Our first-ever WNBL season is so close we can almost taste it! Come down to Dandenong Stadium and the State Basketball Centre next week and get an entree serving of hoops before it all kicks off this October.

KEYS TO THE GAME
Both teams feature some new-look rosters and have traded players during the offseason, with Louella Tomlinson joining us from the Spirit and Tessa Lavey & Carley Ernst (née Mijović) departing the Dandenong Rangers roster to join the Bendigo squad in 2019-20.

Expect all three players to come out firing in this one. Each will have something to prove against their old team and will want to carry some strong early form into the WNBL season.

BE HERE FOR EVERY FLYERS HOME GAME! BUY YOUR MEMBERSHIP TODAY

KEYS TO THE GAME
While Jenna O’Hea helped lead the Boomers for a number of years she’s back in Dandenong where she belongs this season! She will likely be back from the Asia Cup for this preseason Flyers-Boomers clash at the State Basketball Centre, marking the start of a new chapter in the famous rivalry between our two WNBL clubs.

Both teams will feature multiple Opals this season but we’ll be looking at the younger stars in this one, likely getting some big minutes while the senior players rest & recover after national team representation. Keep your eyes on the battle between Steph Reid and Monique Conti next Saturday, each will be looking to establish themselves as prominent players early in the season and will no doubt be playing hard & fast in their first Flyers-Boomers hitout.