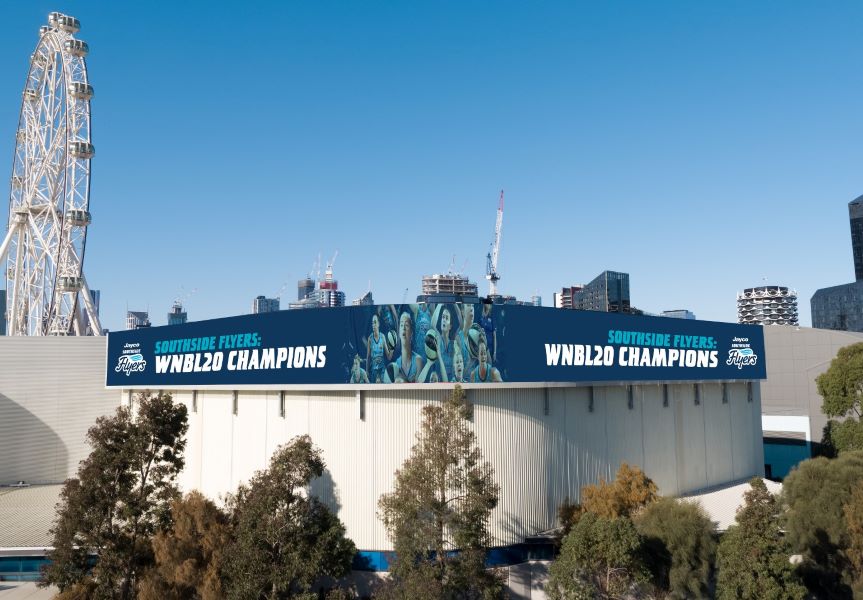 FLYERS UP IN LIGHTS ABOVE MELBOURNE FOR ALL TO SEE

Southside Flyers Championship winning team is up in lights on the 60 metre sign on top of O’Brien Icehouse alongside the Bolte Bridge in Melbourne.

The huge LED screen on top of the building features a congratulations sign to the Flyers on winning the WNBL Championship and includes a photo montage of the players from the season.

The Flyers join other Victorian teams to have won a national championship during 2020 to be recognised through this very special signage above O’Brien Icehouse. Melbourne Storm (NRL), Richmond (AFL) and Melbourne Vixens (Netball) have also had the honour of a congratulatory message on the LED screen.

The 255 M2 LED screen covers over 60 metres of the wall on O’Brien Icehouse, and the Flyers sign will continue to be part of the signs on display over the next few weeks.