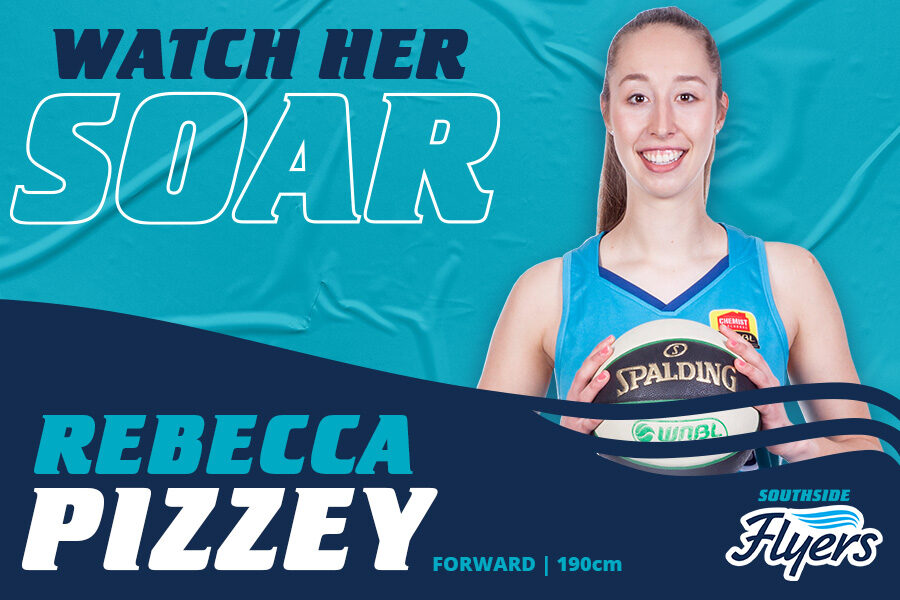 A certified rising star, Bec’s development in the WNBL continues to soar as she trains and plays alongside some of the Opals and world’s best players.

A super athletic forward/centre, who measures in at 190cm, Bec was part of the Flyers first-ever team last season and before that got her first taste of WNBL with the Dandenong Rangers.

Her basketball journey started as an 8-year-old with Balwyn Blazers (started playing because her brother was and she didn’t want to be left out) and then joined the Bulleen Junior program.

Away from the court, Bec is studying physiotherapy, approaching her second year, at Latrobe University, enjoys bike riding, has recently purchased a skateboard and wants to learn how to surf.

Bec on the Flyers and captain, Jenna O’Hea:
“I love the culture that has been created at the Flyers, starting with our coach Cheryl. Also the incredible support from everyone makes it such a great team to be playing for.”

“Jenna is such a great player, she has done pretty much everything in basketball and more than that she is a great person. She is a fantastic role model.”

Bec’s player sponsor for the 2020 season is Brown & Watson.