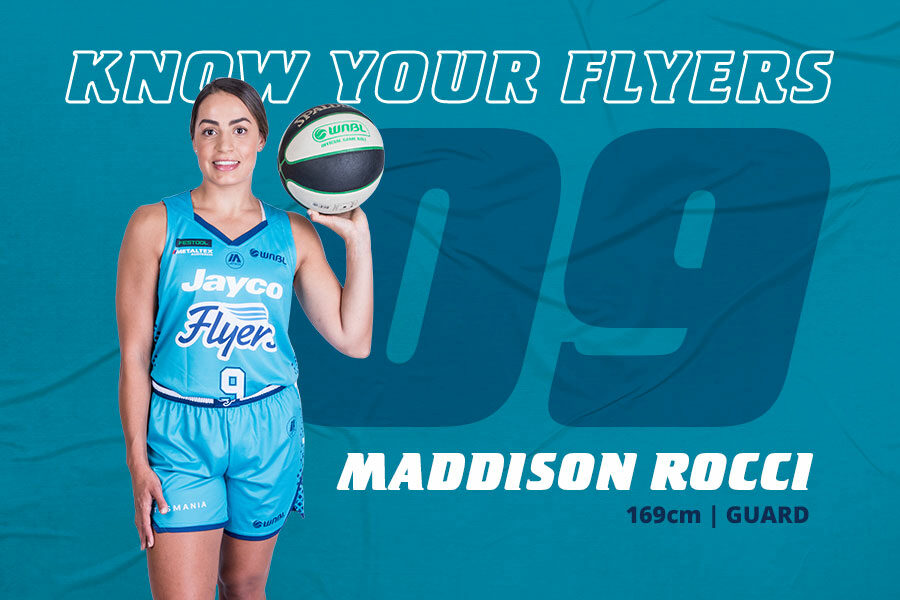 Ruby Harkness, a member of the Flyers support team, looks at some of our key players for the 2021/22 WNBL season as we look to defend last season’s championship!

Named in the roster for the 2021 Opals Asian Cup squad, Maddy spent her off season playing in the NBL1 North where her team finished runners up. Returning to Melbourne this season with the Flyers, Maddy is excited to be playing in front of her friends and family once again.

Maddison is a decorated WNBL player winning 2 championships with the Canberra Capitals and last season she was awarded their MVP for as well as being named in the 2020 ALL WNBL Second team.

One of Australia’s best young guards, Rocci has real speed, very quick hands and reads the play well. She is also a tough defensive player, playing an important role both ends of the court.

Like many of her Flyers team-mates, Rocci has represented Australia, winning a Gold Medal with the Under 18 Australian team in 2019. Maddy is excited to join experienced players that she can learn from, a huge reason for her joining the Flyers.

There will be two Rocci jerseys this season as Maddy joins her sister in law, Aimie (Clydesdale), who married Maddy’s brother during the off-season.

TICKETS are now available for our exciting Season Opener against the Bendigo Spirit!

Don’t miss the unveiling of the 2020 WNBL Championship banner prior to the game at Dandenong Stadium, honouring an incredible performance by last season’s Southside Flyers.