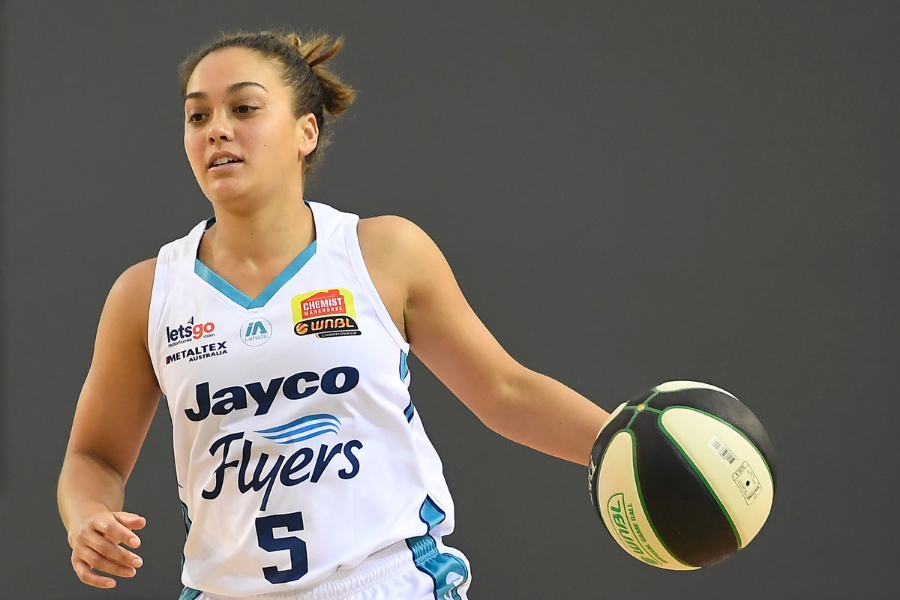 Opals point guard Mitchell has already shown promising signs linking with WNBA star Cambage who returned to the WNBL this season, helping the Flyers move to a 2-1 season record ahead of Thursday’s clash with JCU Townsville Fire.

The pair may yet prove the catalyst for a championship tilt by the Flyers who were quickly installed as title favourites after Cambage linked with their star-studded outfit, which now boasts five Tokyo Olympic squad members.

While hopeful of WNBL success, Mitchell kept her fingers crossed that her valuable court-time with Cambage would also benefit the Opals’ 2021 Games campaign.

“It’s great for this WNBL season but I think it is also important going into the Olympics next year with the Opals,” Mitchell said of her combination with Cambage.

“We haven’t had a lot of experience playing together. I think the last time was the Olympics four years ago pretty much.

“So hopefully we can continue to build on that chemistry (in WNBL season).”

Mitchell is keen to hit the court again with Cambage after the Flyers’ scheduled Tuesday night clash in Townsville was postponed due to opponents Adelaide Lightning required to self-isolate in their north Queensland hub until November 23, as per Queensland Health directives.

Mitchell’s time with Cambage was also limited in their previous game, a rousing 27-point win over Brydens Sydney Uni Flames, due to early foul trouble for the Opals centre.

Opals stars Rebecca Cole, Jenna O’Hea and Sara Blicavs stepped up in Cambage’s absence to ensure the Flyers bounced back from a shock loss to Deakin Melbourne Boomers and knocked over the gutsy Flames.

“One of the additions that we have had in Liz is a major piece both offensively and defensively,” Mitchell said.

“It’s getting used to playing with her, changing the way we play a bit when she is on or not on the court, it takes time.

“(But) we want to make sure we are the best team, not focusing on one or two players.

“Our big strength last season was I think we had five players averaging double figures, I think we got back to that (against Flames) and will keep doing that moving forward.”