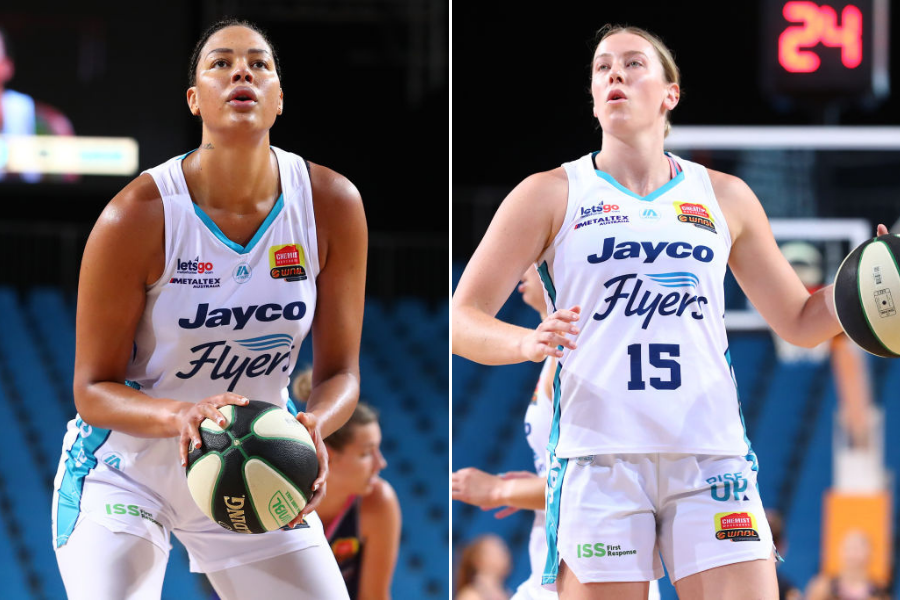 Liz Cambage and Sara Blicavs have received All-WNBL honours after two terrific seasons, with Liz selected for the All-WNBL First Team and Sara given the All-WNBL Second Team nod.

This will be the fourth selection for Liz after being previously chosen in 2011, 2018 & 2019 while Sara makes her All-WNBL debut in a reward for her league leading 3PT shooting.

Sara has shot an outstanding over 57% on 3PT shooting during the regular season and leads all shooters with more than five attempts, followed closely by fellow Flyer Rebecca Cole. She’s been the perfect complimentary forward to Liz Cambage’s centre this season, dragging defenders away from Liz with her smart decision making and hot shooting.

Liz has benefitted from her teammates play yes, but she has also been an unstoppable force on her own, leading the league in points per game, blocks and field goal percentage for players averaging 10ppg or more. The Flyers Family knew when she signed on that we were in for a special season but Liz has exceeded expectations as she led us to the WNBL minor premiership.

We also saw Liz come incredibly close to the WNBL MVP today as well, just falling short to Adelaide Lightning’s Steph Talbot. Both players had terrific seasons but Talbot took the honours after gaining 73 votes to Liz’s 67, with the votes given out each game by the head referee & both coaches.

A superb result for our Southsiders #FlyersFamily! Two brilliant seasons but the job’s not done yet: you know Liz & Sara are ready to take on the league’s best teams in the WNBL Finals!