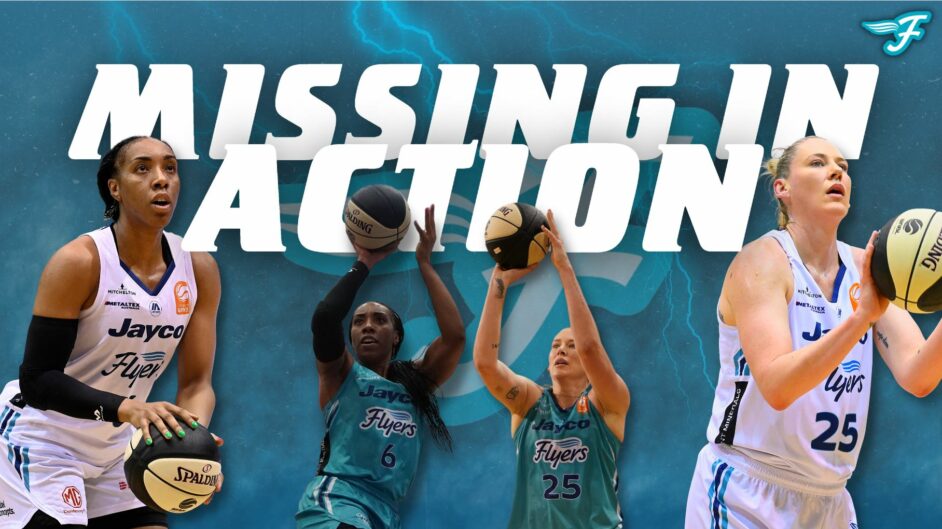 Missing in Action in Adelaide

With two key starters, Lauren Jackson and Kayla Thornton, late withdrawals for the Saturday night game in Adelaide, it was a bridge too far for the Flyers who ran out of legs and ran out of size in the loss to the Lightning.

A look at the final score (72-91 loss) didn’t make for good reading for Flyers fans, but it is important to look beyond the final score to appreciate this was not a ‘normal’ game and while always disappointing not to register a victory, there was still plenty to take out of the game.

A flying start to the game saw the Flyers up by nine (26-17) at the end of the first quarter. This great start hid some of the issues the team faced in the lead up to the game. Lauren Jackson, who missed the victory over Sydney on Thursday, was unable to make her way to Adelaide due to illness. While she didn’t fly to Adelaide with the team, she hoped to get to Adelaide later but could not.

During shoot around on Saturday, Kayla Thornton pulled up sore and was ruled out of the game, leaving the Flyers without the starting centre and power forward and only eight players to suit up for the game.

“We got off to a great start and from there we battled hard, but we ran out of legs, with only 3 players on the bench and when we had some foul problems it further restricted our bench,” said Coach Cheryl Chambers.

“It is a big ask when our 4th and 5th players (starting positions for Jackson and Thornton) are late withdrawals. This is a top league and there are no easy games, so missing these two was going to be a challenge, no excuses we were not able to compete as we wanted to for the entire game.

“It is all about continuing to learn and improve and on a positive side, players gained some valuable experience, including “Nards” who got her first start at this level. And Maddy Rocci was great, not just her game-high 26 points, but also her work at the defensive end,” Cheryl added.

After the first quarter the lack of players and height was telling and while the Flyers held a 2-point lead at the half, it was not enough. In the second half the Lightning were far too strong, and with ten players to rotate into the game, they outscored the Flyers 53-32

There is no questioning the commitment of the team and they continued to battle with the score finally blowing out late in the game as the numbers took their toll.

Maddy Rocci had a game high 26-points and was great at both ends, and Sara Blicavs added 16. The late changes to the team provided a start for Nyadiew Puoch, providing valuable experience for the young first year player.

The team returned to Melbourne before preparing for the away game against Perth on Thursday night and then back to Melbourne for a home game against Townsville at the State Basketball Centre on Saturday afternoon.

Click Here for tickets to Flyers vs Townsville on Saturday December 10.
Tip Off 5:30pm