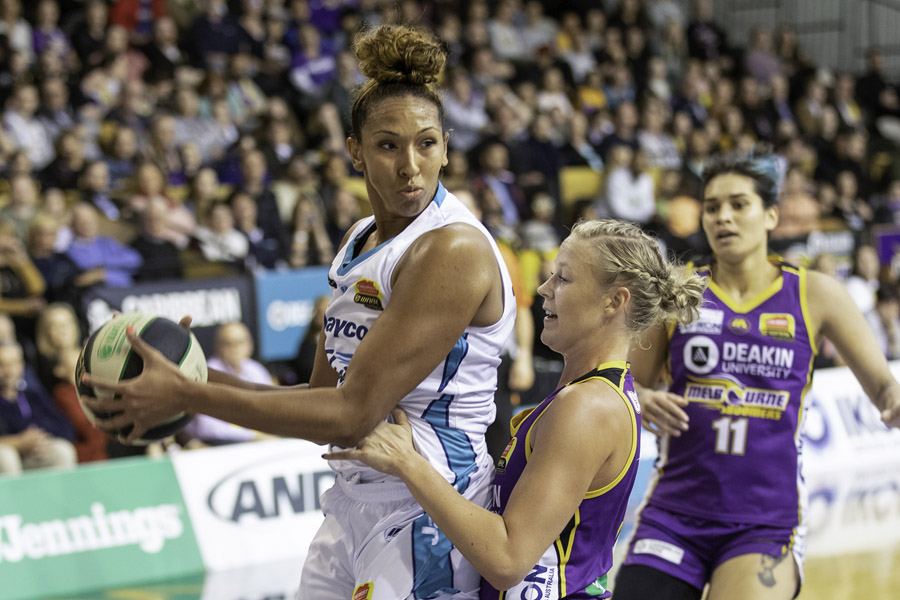 Our Season So Far

It’s been a dream start for the Chemist Warehouse WNBL’s newest outfit, the Jayco Southside Flyers.

And while captain Jenna O’Hea, star point guard Leilani Mitchell and coach Cheryl Chambers are over in Malaysia with the Opals for the latest FIBA Olympic Qualifying event, there is a bye in the WNBL and the chance to take a breather after a hectic first phase of the season.

The Flyers sit on top of the ladder with a 6-1 record having experienced our first defeat in Round 5, going down to reigning champs UC Caps.

Southside made a dream debut back in Round 1 with an impressive 81-72 victory over the Townsville Fire in front of a full house at Dandenong Stadium.

It was the class and experience of Mitchell (21 points, 6 rebounds, 4 assists) and O’Hea (19 points, 8 rebounds, 3 assists) which shone through while import Mercedes Russell impressed on WNBL debit with 12 points.

Southside then accounted for Perth Lynx, 97-93, in an overtime thriller at home before heading to Sydney and beating the Flames, 85-72, to complete a perfect Round 2 weekend.

In Round 3, the Flyers flocked to the Latrobe Valley, taking their WNBL home game against the Bendigo Spirit to Traralgon Stadium. It was a home coming of sorts for O’Hea who was born and bred in the regional Victorian town and caught the basketball bug on this very court.

Sara Blicavs produced her best game of the season, leading the Flyers to a fourth-straight win. Community visits added to a wonderful week where ties between the region and the WNBL club were strengthened even further.

Back at home in Round 4, Southside were showcased for the first time live across Australia on Fox Sports. And in front of a cracking home crowd, the Flyers lapped up the spotlight beating the Spirit for the second time in as many rounds, 93-80. It was Bec Cole who stepped up and topped the stat sheet with 23 points in her best statistical game of the season to date.

But there wasn’t time to celebrate a 5-0 start to the season with a showdown with arch rival and fellow unbeaten side, Melbourne Boomers, just 24 hours away.

The Cup Eve blockbuster lived up to all of its hype as the Flyers went 6-0 with a big 81-74 victory over the Boomers, spearheaded by Russell (19 points, 11 rebounds) along with Blicavs, Cole, O’Hea and Mitchell who all scored in double digits for the second time in Round 4.

The victory also gave Southside a 1-0 lead in the coveted Michele Timms Cup.

Backing up for our third game in just five days, Southside experienced its sole defeat in Round 5. beaten by the Caps, 91-72. Mitchell was the shining light, coming up against her former side for the first time since they won the 2019-20 championship together, with a game-high 23 points.

With a break in the schedule this week, Southside will continue to train, rest and recharge before embarking on the second phase of our maiden campaign.

When play resumes in Round 6, the Flyers are headed north to tackle Townsville Fire who have just one win to their name in #WNBL20.