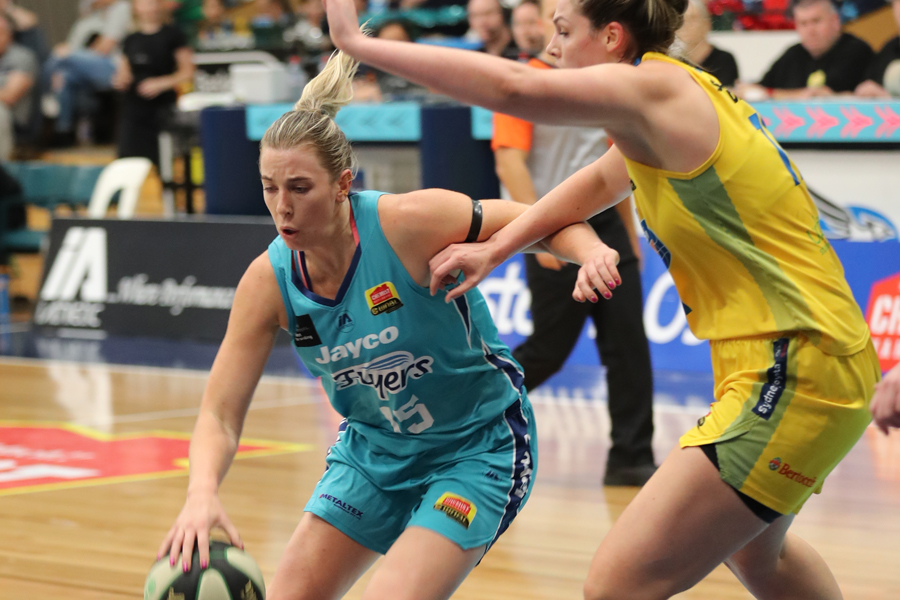 The WNBL regular season is wrapping up with your Southside Flyers ready for one last home clash before finals, a Saturday night showdown with the Sydney Uni Flames.

Sydney have flamed out of finals contention after losing their past five games but will be hungry for a win to end their season, with their last W coming against our Flyers on Saturday 21 December.

That loss can be partially attributed to the absence of Mercedes Russell and Jenna O’Hea who were each rested for a minor injury. With Jenna now out for the season we would be slightly more concerned for this Saturday’s game if Sydney were also fully healthy; sadly they have suffered from similar ailments to end their season.

SATURDAY IS THE LAST GAME BEFORE FINALS! GET YOUR TICKETS HERE

The Flames lost Colleen Planeta to a season-ending knee injury in that 86-79 victory over our Flyers and have recently lost Alice Kunek as well, now a completely different team without their two stars. But they have seen two veteran WNBL players step up for them in a big way, with both Lauren Scherf and Brittany Smart putting up strong numbers in hard-fought games in 2020.

Our Southsiders will have to be wary of the wounded animal this Saturday as we expect Scherf & Smart to lead a fierce charge against our Flyers early on. Getting some big games from Bec Cole & Mercedes Russell will help offset any damage the Flames duo can do, something the Flyers will need to count on both in this game and in the WNBL finals.

Without Jenna we’ll have to rely on our starters scoring abilities and a combination of Kiera Rowe & Louella Tomlinson’s defensive prowess. With just one game left before finals expect Coach Chambers to play around the Flyers lineups to find the right rotations before we take on Adelaide in the Semi Finals series.

We’ve got top spot secured but we want some BIG momentum to carry us into finals, so be sure to come down to Dandenong Stadium this Saturday night and show your support for your Southside stars as we begin our quest for the WNBL Championship!