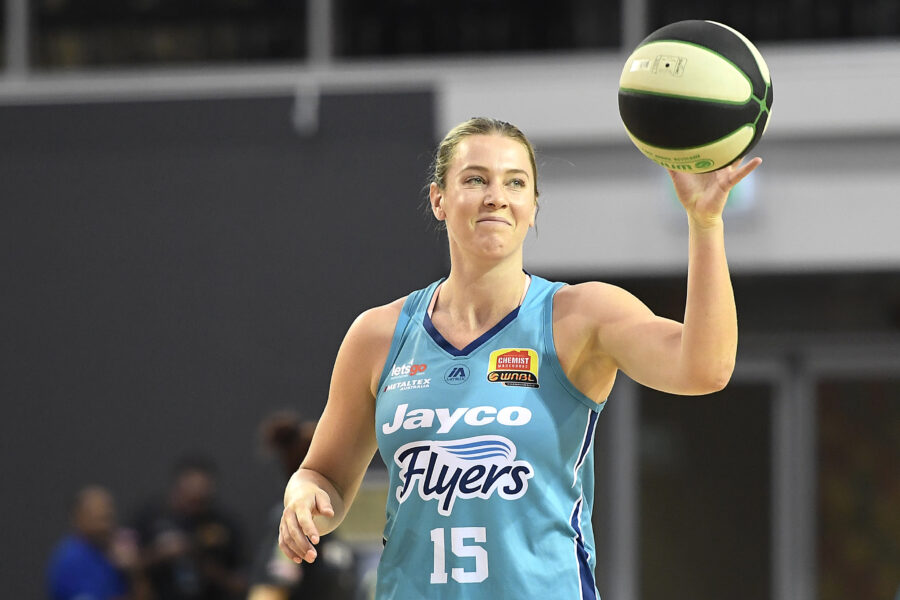 Basketball Australia today announced the 2021/22 WNBL season will tip off on Thursday December 2 with every game to be broadcast across the season.

In great news for Flyers fans, and all basketball supporters, Basketball Australia confirmed an agreement with Foxtel, Kayo and ABC that will ensure every game will be broadcast across the season. Both Fox Sports and ABC will feature a game of the round LIVE each week in the premium 5pm Saturday slot.

Flyers coach Cheryl Chambers is excited about the upcoming season and the chance to once again play in front of home crowds.

“It is great to have a date to work toward and we can now finalise our pre-season plans. It has been a long off-season, but with all that has been happening in the community, we are grateful for the work that Basketball Australia has done to ensure everyone will be able to enjoy the upcoming season,” said Cheryl.

“Adding to the excitement is the opportunity to play in front of our supporters, something we have really missed,” Cheryl added.

The appetite from fans to watch and play basketball has never been higher with the WNBL coming off a record breaking 2020 Hub season that saw the Flyers bring the title back to Melbourne following the Grand Final victory against Townsville in Townsville on December 20.

The ABC has been a long-time supporter of the WNBL and will broadcast one game LIVE each week on the main channel and IVIEW further increasing the reach of audience. The ABC will also provide comprehensive editorial coverage across their TV, radio and digital platforms.

Basketball CEO, Matt Scriven said the broadcast deal reflected the quality of the competition and Foxtel, Kayo and ABC have the combined audiences to ensure games can be watched in every household.

“This broadcast deal is a win for the fans who are at the heart of every decision we make. The fans wanted live games in the premium Saturday 5pm timeslot and this will be available on Fox Sports and ABC. The quality of the competition at the WNBL is world class, The WNBL showcases the best talent in the country, and this broadcast deal ensures all the fans will have access to quality coverage throughout the season.”

Lauren Jackson AO OLY Head of Women in Basketball said Women’s basketball continues to grow each year and interest is at an all-time high and more people playing our sport than ever before.

“We want more girls playing basketball and having global role models playing in a competition on home soil is the key.  As we head towards a FIBA Women’s Basketball World Cup in Sydney next year, the WNBL will continue to grow and showcase the best talent in the country.”

Click Here to Register now to receive Membership information as soon as it is released.

With crowd numbers expected to be limited at games prior to Christmas membership is the best way to be in line to be at the first game of the season. Flyers Membership will be launched when the full fixture is released.